Shall we start by talking about the whopping great elephant in the room? The looming shadow that Christmas casts on the final months of the year – most notably, the month of December, which is the most scary arrival of this week. Luckily though, we do get one more week of Christmas-less Culture content. 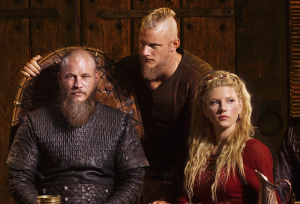 We return to the story of our favourite Nordic raiders this week, as Vikings returns for its second set of new episodes this year. While ten episodes of Season 4 aired earlier this year, fans are in for a treat as it’s next ten episodes (dubbed ‘Season 4b’) are already here. The family of King Ragnar (Travis Fimmel) have been torn apart after the brutal conflict between him and his brother Rollo (Clive Standen), and Ragnar returns to his kingdom to find it in chaos; his sons at war, and the rival King of Wessex (Linus Roache) seeking revenge. The first episode of Season 4b of Vikings comes to Amazon Prime on Thursday 1st December.

And as one great series returns, another departs, as the BBC’s thrilling detective drama The Missing wraps up a spectacular run. Series 2 has followed the Webster family, whose daughter Alice returns home after being missing for over ten years. As we reach the finale, detective Julien Baptiste (Tchéky Karyo) and Alice’s mum Gemma (Keeley Hawes) close in on the man who took Alice, but with Julien’s personal demons rising up and Alice’s kidnapper a dangerous man, no-one is safe. Will anyone survive The Missing‘s thrilling finale? Find out Wednesday night (30th November), BBC One at 9pm.

Northern Ballet bringing a spectacular performance of ballet Beauty and the Beast to Mayflower Theatre this week. It’s the story everyone knows and loves — the arrogant prince turned beast, and only true love can save him — but told through the stunning medium of dance. Set to an infectious score, the reimagined story is one not to be missed, and if the ballet itself is not enough for you, it’s followed by a post-show talk on 1st December. Beauty and the Beast is at Mayflower from 30th November to 3rd December, with tickets still available via Mayflower’s website. 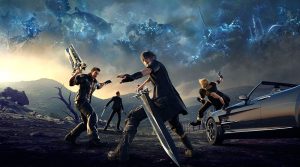 The fifteen instalment in the hugely successful Final Fantasy series arrives this week. Final Fantasy XV is an open-world adventure game, in which protagonist Noctis Lucis Caelum attempts to reclaim his homeland and ease peace negotiations in the volatile worlds the game is set in. Final Fantasy XV comes to PlayStation 4 and Xbox 360 on 29th November.

Bestselling author Susan McBride returns with a new book this week. Walk Into Silence is a brand new thriller, arriving just in time to gift to your book-loving relatives for (insert the dreaded festive period here). The intriguing premise reads: “A woman vanishes from a Texas town. Did she simply run off, or is something darker at play?” Detective Jo Larsen is on the case, but will she do a quicker job at solving the case of a missing woman than The Missing‘s Julien Baptiste? Well, it wouldn’t be hard.