Perfect for a chilly November binge-day, Netflix gives us quite the treat this week, as Gilmore Girls returns after nine years off screens. 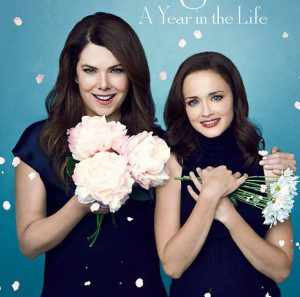 A very special set of episodes heralds the end of the story for the girls, as we return to Stars Hollow to catch up with the Gilmores and their friends in Stars Hollow. Gilmore Girls: A Year In the Life is comprised of four feature-length episodes, one for each season of a very special year for Rory (Alexis Bledel) and Lorelai (Lauren Graham). Creator and original showrunner Amy Sherman-Palladino is back to the helm, ending the show on the terms she always wanted to after her departure before Season 7. Our writers are very excited about this, so you can expect some very special Gilmore Girls features this week, and some very excited reviews after the show storms onto Netflix, on 25th November. Read why one of our writers holds Gilmore Girls very dear here. 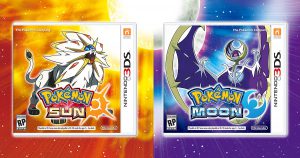 With the UK lagging behind in release dates for gaming, I’m sure there’s many a Pokémon fan desperate to get their hands on Sun & Moon this week (I should know, I live with two of them). For those of you, like me, who are pretty unaware of what the hell this means, Sun & Moon are actually two separate, albeit extremely similar, games – but if you’re a hardcore collector, you’ll be wanting to get your hands on both, as there are some Pokémon only obtainable in either Sun or Moon. The game commemorates the franchise’s 20th birthday, and is the seventh generation of Pokémon to hit shelves. Get your hands on Pokémon Sun & Moon on Wednesday 23rd November.

Swapping the Las Vegas and Broadway for Southampton, Million Dollar Quartet arrives at Mayflower Theatre this week! The smash-hit musical is inspired by the famous recording session that brought together rock’n’roll icons, Elvis Presley, Johnny Cash, Jerry Lee Lewis and Carl Perkins, for the first and only time. It’s the greatest jam session of all time – with music such as ‘Blue Suede Shoes’, ‘Great Balls of Fire’, and ‘Hound Dog’ thrown in the eclectic mix. You can catch the Million Dollar Quartet at Mayflower from 22nd to 28th November, with tickets still available here. 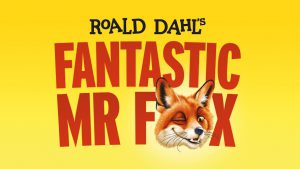 In more great theatre news, Nuffield Southampton Theatres welcome Fantastic Mr Fox for a festive run at their campus venue. They’ve produced this new telling of Roald Dahl’s classic tale, with direction from the Royal Shakespeare Company’s Maria Aberg, and music from Doctor Who‘s very own Arthur Darvill. “A juicy tale of greed, pride and the power of friendship, this flagship production for the Roald Dahl centenary celebrations promises a dahlicious theatrical feast with live music and songs and gloriumptious designs. A wondercrump treat for the whole family!” Tickets for Fantastic Mr Fox‘s run, which begins this Tuesday (22nd November) and continues until 8th January 2017, are available to buy via Nuffield’s website.

Basically, this week I have some very excitable housemates, as half of them desperately wait for Gilmore Girls, and the other half can’t wait to get their hands on Pokémon. I’m just gonna sit here and watch repeats of Parks and Rec, and wait for it to all blow over.