Everyone fancies a “grand tour” of the world, right? Well, you might want to bump the U.S. down your list of destinations for the next four years, but otherwise, I can’t think of a better time to explore the hidden gems Earth has to offer – especially as there’s a danger that Donald Trump will have blown it all up by the end of January. If you can’t afford to do it yourself, there’s a new TV show to do it for you – with Jeremy Clarkson, Richard Hammond and James May as your unlikely tour guides. What could possibly go wrong? 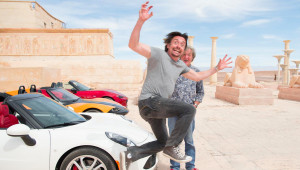 I’m of course talking about the long-anticipated The Grand Tour (just when you feared Place in the Sun had new hosts). The scandal surrounding the dynamic trio’s dramatic departures from BBC’s Top Gear nearly two years ago may just be slipping out of people’s minds, which is probably a good thing, as Amazon Prime have thrown a shed-load of money at this new project in attempting to make more of a success of the break-up than the new Top Gear did. In the new show, Clarkson, Hammond and May are travelling the world in their search for the best cars, largely using on-location television films like all the best Top Gear specials did. Their first stop is – ironically – Los Angeles, California! Twelve episodes form The Grand Tour‘s first season, which will be released on Amazon Prime weekly from this Friday, 18th November.

A new American series staggers onto UK screens this week like Hillary on an embittered post-election hike – as Shooter, based on the Mark Wahlberg 2007-film of the same name, comes to Netflix. It was all the way back in summer of 2015 that USA network picked up the show’s pilot, and it was set to premiere on July 19 2016, but USA pushed it back twice due to its unfortunate timing with both the July 7 and July 17 shootings. But alas, it finally premieres this week, and comes to Netflix weekly to correspond with its USA airings. The show has Wahlberg as an executive producer, but a new star, Ryan Phillippe, takes the lead role of Bob Lee Swagger, a framed rogue military shooter on the run. Shooter‘s premiere episode comes to Netflix on Wednesday 16th November. 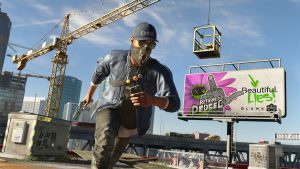 Ubisoft’s Watch Dogs 2 arrives on consoles this week. The sequel to 2014’s Watch Dogs, the open-world action adventure game follows hacker Marcus Holloway, who moves around a fictionalised San Francisco to take down its advanced surveillance system – think Big Brother, but more deadly. It’s a relatable game in this scary United States where anything can happen (Trump, cough), and this new instalment to the franchise has a bigger open world than ever before, with overhauled driving mechanics which mean, in GTA-style, you can shoot while driving your vehicles around the vast city. Watch Dogs 2 is available for PlayStation 4 and Xbox One from Tuesday 15th November, and comes to Windows on 29th November. 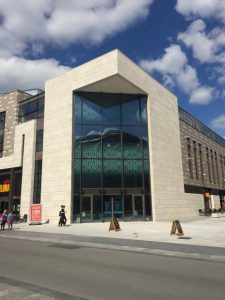 Preview tours of the brand new Nuffield venue begin this week. NST City is a fantastic new theatre venue opening in Southampton city centre, as campus’ very own Nuffield Theatre branches out to offer the city more content (the old theatre will continue to operate as NST Campus). The new venue isn’t due its first major production until this time next year, but now is the time to get ahead of the game and check it out. NST City will contain a flexible 447 seat main house theatre, a 135 seat studio, screening facilities, rehearsal, workshop spaces and a café bar. The first tour is this week, on 16th November, at 6pm, but there are also tours running in December and January. Tickets are FREE, but need to be pre-booked, which you can do through the Nuffield’s website here.

Finally, an exciting book arrives just in time for Christmas this week, as the first British astronaut, Tim Peake, realises his autobiographical book about his trip to space earlier this year. Hello, is this planet Earth?: My View from the International Space Station questions the feeling of being an astronaut and looking down at the tiny Earth beneath you… a feeling I’m sure a lot of Hillary Clinton supporters would like to experience right now. Peake says: “It’s impossible to look down on Earth from space and not be mesmerised by the fragile beauty of our planet. During my mission I became determined to share this unique perspective of the one place we all call ‘home’”. The book arrives on 17th November; a sure stocking-filler.

I apologise for all the election references. I’m attempting to bury my devastation in a shit-ton of culture – I hope you’re willing to join me.