All hail, because The Crown has finally arrived on Netflix! 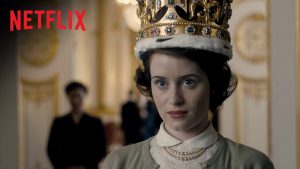 It’s a project that’s been a long time in the making, but the first ten episodes of the series that’s supposed to span 60 episodes and 64 years of the reign of our current sovereign, Queen Elizabeth, are here. The ambitious project is the brainchild of Peter Morgan, the writer of acclaimed 2006 film The Queen – so if anyone knows our monarch, its him. Claire Foy is the actress wearing the crown, with former Doctor Who star Matt Smith playing Prince Philip alongside her. John Lithgow also stars as Prime Minister Winston Churchill, so it really is an all-star ensemble. You can binge-watch all of The Crown‘s first season on Netflix now.

Also available to watch as of this week in Donald Glover‘s latest project, Atlanta. The comedy series features two cousins (played by Glover and Brian Tyree Henry) navigating their way through the Atlanta rap scene, in an effort to improve their own lives and that of their families. Glover is everywhere at the moment, with the news of his casting in the new Star Wars anthology film causing much excitement; I couldn’t think of a more perfect Lando to Alden Ehrenreich’s Han Solo! Read our writer’s On Edge: Anticipating on the show, and then check it out yourself to see if it lives up to the hype. Atlanta airs on FOX UK on Saturday nights, with the first episode now available to find on Sky Go.

The Wind in the Willows arrives at Mayflower Theatre this week. “2016’s wildest adventure” sees Kenneth Graham’s well-known tale brought to life in musical form at the hands of Julian Fellowes, a writer best known for creating Downton Abbey. The loveable star Rufus Hound leads the cast as Mr Toad, with EastEnders‘ Ryan Malloy aka Neil McDermott alongside him as the Chief Weasel. The spectacular show will be at the Mayflower for a ten day stint, from 10th – 20th November. Tickets are still available, and can be found here. 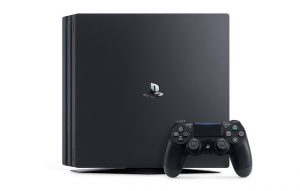 Because the PlayStation 4 just wasn’t enough, the PS4 Pro – “the most powerful PlayStation ever made” – arrives for eager gamers this week. The console is “super-charged”, with a stronger performance, spectacular graphics, and greater connectivity for playing online with your mates. It’ll set you back £349.99 (ouch) if you preorder it from GAME, but it could be in your home with your favourite games on it by Thursday 10th November.

A new Jack Reacher novel, anyone? It’s carefully timed, coming alongside the release of the new Jack Reacher film last month. The 21st Jack Reacher novel from Lee Child, Night School, arrives this week. Set in 1996, the Soviets are gone, and a new threat is looming for Jack to deal with. You can preorder the novel via Amazon so it arrives on the day of release, Monday 7th November.