As it’s Halloween, we at The Edge thought – why not honour the King of Horror himself, with our very own KingFest? In this article, Caleb Hinton examines some of Stephen King’s best monsters… 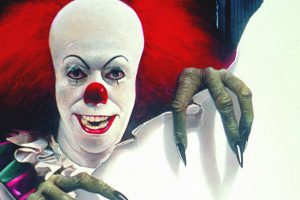 IT is perhaps one of the scariest novels King has written. IT is simply a force of evil, a demonic entity, and one that disguises itself to exploit the fears and phobias of its victims, particularly those repressed from childhood. Most notable is the form of Pennywise the Clown, to attract children to their deaths with colourful balloons, and with a creepy filmatic performance from Tim Curry, the image of a clown with colourful balloons in peculiar places has achieved iconic status. In fact, Stephen King makes the current emergence of the 2016 clown sighting trend seem rather dated and unoriginal, considering IT was published 30 years ago. The scene with the paper boat floating down on the rain water into the drain will forever be chilling, with IT standing in the drain, and the innocent but doomed George Denbrough reaching in for his boat. 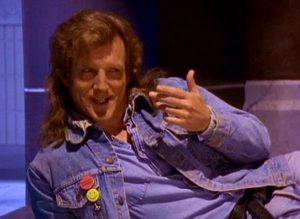 Randall Flagg is a villain who appears in several of King novels, in multiple forms. This monster seems the most fitting of his villains, considering Flagg is usually the representative of evil in its purest forms. Randall Flagg appears in at least nine of King’s novels, most notably The Stand, The Eyes of the Dragon, and The Dark Tower series. The Stand sees Flagg as the main antagonist, and essentially an embodiment of the Devil. King said himself “I had wanted to write a fantasy epic like The Lord of The Rings, only with an American setting”. Flagg becomes the leader of evil in the final battle against good for the end of the world, and makes Las Vegas his own kingdom of fear and oppression. Flagg’s ordinary demeanour in this novel makes his presence more terrifying, because as oppose to a supernatural force of terror, he instead is described as a “tall man of no age in old blue jeans, denim jacket and old cowboy boots” simply with a terrifying force of evil within. The Eyes of the Dragon sees Flagg in a medieval fantasy setting, and the murderer of a king – he is described as a “sickness”. Wherever Flagg appears throughout Stephen King’s collections, his presence is never welcomed. 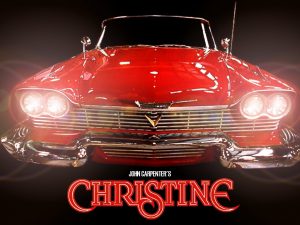 Throughout the history of literature, film and television, very rarely has the ridiculous been able to terrify. Yet in Christine, King shows his talent through the creation of his best monster – a 1958 Plymouth Fury. Initially, Christine focuses on the obsession of Arnie with his new car, neglecting his friends and family for the car as it takes over his life. In usual King fashion, he introduces the supernatural as “obsession becomes possession”. After a vandalism, the huge classic car that is the ’58 Fury comes alive, and hunts down every single perpetrator of the crime. As the novel develops, Christine begins to go after anyone who is a threat to Arnie’s obsession. King eradicates any chance of escape for the victims, with Christine’s ferocity and intelligence. The grotesque and violent deaths quickly eradicate any form of humour in this monster; Christine is essentially a “were-car”, a ridiculous concept. But due to Christine remaining anonymous and discreet in the novel, the reader shares the same disbelief as the characters, that is until they see the “glaring green eyes” themselves. Christine is arguably the most terrifying of Stephen King’s creations, as it combines fear with the uncanny, the absurd and brilliant. The genius of this monster is that it is of an everyday object, and like many of King’s novels, taps into childhood fear; in this case the fear of being run over.