Read more
You are at:Home»Culture»This Month on Netflix: November 2016
By Anneka Honeyball and James Barker on November 1, 2016 Culture

In our ongoing monthly feature, The Edge takes a look at ten of the best new releases coming to Netflix UK in November. Among this month’s releases are a number of great original series, as well as some classic films. 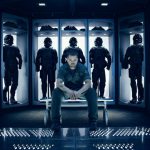 Epic “Space Opera” The Expanse arrives on Netflix in the UK this November. The mystery science fiction drama is set far in the future, where humanity has colonised the solar system, a mismatched group of humans try to prevent war between Earth and Mars. Police detective Josephus Miller (Thomas Jane) is tasked with tracking down a mystery woman, while the captain of an ice trawler spaceship, James Holden (Steven Strait) is involved in a tragic accident which threatens to destroy the peace of the universe. United Nations Executive Chrisjen Avasarala (Shohreh Aghdashloo) works to keep that peace at any cost. The first season of The Expanse arrives on Netflix on 3rd November. 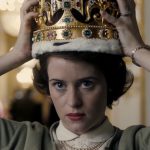 As one of the most anticipated Netflix Original releases of the Autumn, The Crown has a heavy weight of expectation on the head of its new ‘Queen’ – a depiction of a young Elizabeth Windsor, played by Claire Foy. When the rule of England is unexpectedly thrown upon the young Queen, soon after her marriage to Philip (Doctor Who‘s Matt Smith), Elizabeth must find her voice as the head of the nation. John Lithgow also stars, as legendary Prime Minister Winston Churchill. The first ten episodes of a planned sixty (Netflix is obviously forward thinking here) will appear on Netflix on 4th November, and by the look of a recently released trailer, it will be great. 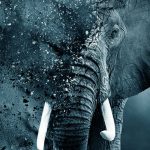 Directed by Richard Ladkani and Kief Davidson and executive produced by Leonardo Di Caprio, The Ivory Game is a thought-provoking documentary which delves into the dark and sinister underbelly of ivory trafficking and elephant poaching. Filmed undercover over 16 months with a crack team of intelligence operatives, undercover activists, passionate frontline rangers and tough-as-nails conservationists, this latest Netflix doc explores life on the frontline of ending African elephant extinction. 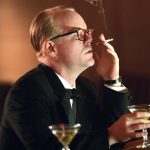 Bennett Miller’s acclaimed 2005 biographical drama, Capote, is coming to Netflix this month. Featuring a riveting, Oscar-winning performance from the late Philip Seymour-Hoffman, the film tells the story of Truman Capote, the author of Breakfast at Tiffany’s, who underwent a number of traumatic events as he researched and wrote his final novel, In Cold Blood. Also starring Catherine Keener, Clifton Collins Jr, Chris Cooper and Amy Ryan, this is a must-watch for lovers of literature and good performances. 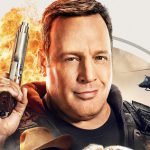 Hot off the heels of Adam Sandler’s despairing four-film deal with the streaming service, Netflix have now produced another trashy comedy from Sandler’s equally exasperating buddy, Kevin James. The film follows a mild-mannered would-be author, who gets mistaken for a killer-for-hire, when his fictional novel about an international assassin is published as a true story. With the book a huge success, he is suddenly kidnapped, taken out of the country, and forced into an assassination plot. 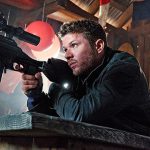 Shooter, based on the Point of Impact novel by Stephen Hunter, arrives on Netflix for its UK release this month. The streaming service has picked up the show, which is airing on USA in the States. Shooter was originally pushed back from a July premiere, after the horrific July 7 and Baton Rouge Shootings over the summer. Ryan Phillippe portrays a comedically named ‘Bob Lee Swagger’, a former Vietnam War sniper, on the run after the American government use and then try to dispose of him. Omar Epps and Cynthia Addai-Robinson also star. Shooter will air alongside the US air dates, starting on 16th November.

Gilmore Girls: A Year In The Life – 25th November 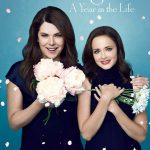 It’s been a long wait for Gilmore Girls fans, but the show is returning for one final eighth season – entitled Gilmore Girls: A Year In the Life. Four episodes follow the girls of Gilmore across, you guessed it, a year in their lives. Each episode will be themed around a different season, starting in Winter and ending with a hugely anticipated Fall wedding. Will Rory (Alexis Bledel) choose between Team Jess, Team Dean or Team Logan? Will Lorelai (Lauren Graham) get her happily ever after with Luke (Scott Patterson)? Will Melissa McCarthy continue to have us in stitches? That last one surely isn’t a serious worry! Gilmore Girls: A Year In the Life arrives on 25th November, and you can expect a lot of content coming your way from our excited writers! 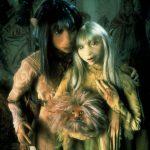 If you enjoyed the mystical, oddball stylings of Labyrinth, you’ll probably love The Dark Crystal – another Jim Henson-produced fantasy which is coming to Netflix later this month. The film follows a Gelfling named Jen as he embarks on a quest to restore balance to his world by returning a lost shard to a powerful but broken gem. Featuring incredibly detailed animatronic puppets and some incredible set design, this dark but magical story is great for fans of 80s/90s fantasy. 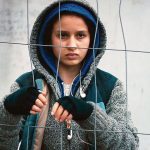 Winner of the Caméra d’Or at this year’s Cannes Film Festival, Houda Benyamina’s directorial debut tells the story of Dounia, a tough, but naive teenager, who sees getting rich or dying trying as her most viable option. Set in a ghetto near Paris where drugs and religion reign supreme, Dounia is hungry for her share of power and success. Enlisting the help of her best friend she decides to follow the footsteps of a respected dealer, but when she meets a young, sensuous dancer, her life takes a surprising turn. 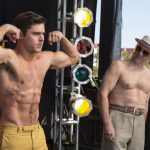 Dan Mazer’s critically bombed box office success, Dirty Grandpa is also coming to Netflix in November. Starring Robert De Niro and Zac Efron, this crude comedy follows a recently widowed grandfather and his grandson as they embark on a wild road trip to reclaim the old-timer’s youth. Also starring Aubrey Plaza, Zoey Deutch, Dermot Mulroney, Danny Glover and Julianne Hough, this comedy will probably gross you out more than it’ll make you laugh – but it’s worth the watch anyway.