Dystopian apocalyptic technological thrillers are all the rage this October. Bouncing off the back of Black Mirror just a week ago, the hugely successful Humans returns to Channel 4 – back for Halloween, but here to stay for the next eight weeks. 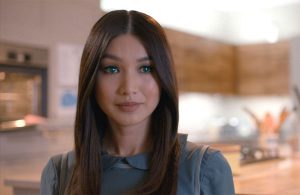 Humans takes place in a world where our kind live alongside ‘Synths’, robots programmed to bend to our every will. However, some of Synths are rising up, raising the ethical question of who are the good guys and who are the bad guys – as Synth Anita (Gemma Chan) questions in the new series trailer, “If something has the capacity to feel, it should feel.” This one’s a real moral mind twister, as your sympathy switches between humans and Synths, and we stare right into the face of a very real future. If you love Black Mirror, then this is most certainly for you. Humans, which stars Katherine Parkinson, Emily Berrington and Colin Morgan, returns on Sunday 30th October, to Channel 4 at 9pm.

After the return of two ‘Arrowverse’ shows last week, a third from the franchise explodes back onto Sky1 this week. DC’s Legends of Tomorrow follows a team of time travelling superheroes on their quest to save the world – all led by someone who’s more than familiar with time travel, ex-Doctor Who star Arthur Darvill. Darvill plays Rip Hunter, the team’s leader, who mysteriously disappears in this week’s Season 2 premiere… Legends of Tomorrow returns for a new run of 13 episodes, which will cross over with The Flash and Arrow, this Thursday (3rd November), at 8pm. 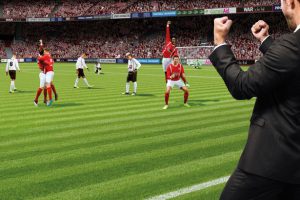 If you’re a fan of football games, I’m sure you’ll be excited (well, far more excited than me anyway) about this week’s release of Football Manager 2017. It comes hot of the heels of FIFA and PES, of which both our reviewers commented that the management aspect could be much improved – well, if you wanna step into the shoes of the England Football Manager (I hear the job’s up for grabs), this game is surely for you. You can get Football Manager 2017 on Friday 4th November, for Windows, OS X and Linux.

This week sees the arrival of David Walliams‘ new children’s book, The Midnight Gang. Walliams is well known for his fiction, and many of his novels have been turned into TV adaptations, including Mr Stink and The Boy in the Dress. This one comes just in time for the Christmas rush, and concerns a gang of friends on a children’s ward, and their nighttime adventures. The Midnight Gang will be available from all good bookshops from Thursday 3rd November.

And finally, Mayflower Theatre welcomes Kiss Me Kate this week. It continues with the recent successful trend of ‘shows within shows’, as the play follows a disastrous opening night of The Taming of the Shrew. A story of love and mishaps, this is far more than your conventional show. Catch Kiss Me Kate at Mayflower from Thursday 3rd to Saturday 5th November – you can find out more here.