This Week in Culture (a little late, I will admit), sees the return of hoards of zombies to the world! And if that’s not bad enough, the zombies are nothing compared to the big bad of this year’s The Walking Dead. 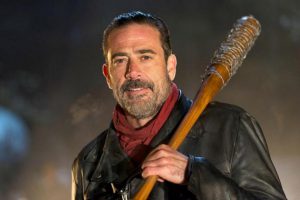 Remarkably, The Walking Dead has made in Season 7 with some characters still alive! Well, not if new enemy Negan (Jeffrey Dean Morgan) has anything to do with it. The brutal and very human new villain of TWD exploded onto the scene for the cliffhanger of the last season, with the promise to murder one of our heroic gang. However, which one has been kept top secret for many months now, and we’re still in the dark even a day before airing. There are eleven potential victims – who won’t make it past the first few seconds of the season? You can catch the series opener of The Walking Dead on Monday 24th October on FOX UK, at 9pm – this one really not to be missed. 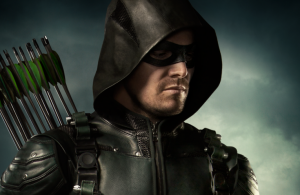 Sister-shows Arrow and The Flash also make returns to the UK this week. Both are part of the CW and DC’s ‘Arrowverse’, with characters frequently crossing between the two superhero worlds. While Arrow is now on its fifth season, The Flash is slightly younger at three seasons. Arrow stars Stephen Amell as Oliver Queen a.k.a. ‘The Green Arrow’, a former playboy turned superhero archer, tasked with protecting Starling City. Season 5 sees Oliver Queen as the new mayor of the city, and new ameteur vigilantes rising from the shadows. Over on The Flash, Barry Allen (Grant Gustin) must deal with the fallout of a changed timeline, after travelling back in time to save the life of his mother. Arrow and The Flash air on Sky1, with Arrow returning on Tuesday (25th) and The Flash on Wednesday (26th). 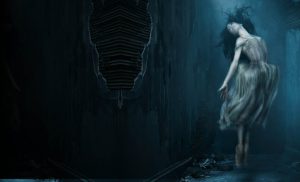 Mayflower Theatre welcomes another fantastic ballet this week, in form of Akram Khan’s Giselle. The English National Ballet bring the touring performance to Southampton’s biggest theatre for four days. The “greatest romantic ballet” is remastered by acclaimed choreographer Khan, whose team includes Academy-Award winning designer Tim Yip, and composer Vincenzo Lamagna. The original ballet is a timeless tale of love, heartbreak and redemption: “It is a story that you find in some way in every culture, the woman deceived who dies of a broken heart, and the spirit of this woman that either forgives or seeks revenge”. Giselle is at Mayflower from Wednesday 26th to Saturday 29th October; find more information here.

This week sees the long-anticipated Titanfall 2 arrive. The first person shooter game allows you to step onto The Frontier as Militia rifleman with dreams of becoming a pilot. However, getting stranded behind enemy lines, you must team up with a veteran Vanguard-class Titan and uphold a mission that was never meant to be carried out. Developed by Respawn Entertainment and published by Electronic Arts, this is one not to be missed. Titanfall 2 arrives on Friday 28th October, for Microsoft Windows, Playstation 4 and Xbox One.