This week in TV is class – quite literally. Two of the most anticipated shows of the year are about to drop, so clear your schedules for next weekend as you’re gonna have a heap of good stuff to watch. 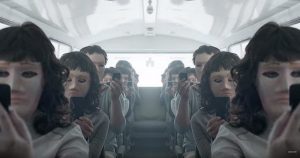 First of all is Black Mirror, the acclaimed Channel 4 drama, that is returning to a new home; Netflix. Created and written by Charlie Brooker, one of the best writers around, Black Mirror is all about the dark side to our technology, an apocalyptic look at a future that is scarily close to reality. And of course, because it’s now on Netflix, we get six episodes at once – and yes, that’s six, not three like we had with the first two series. Some of the cast appearing in this series including Jurassic World‘s Bryce Dallas Howard, Game of Thrones‘ Faye Marsay, and Pirates of the Caribbean and The Office UK star Mackenzie Crook. And if you haven’t seen Black Mirror before, then you have five days to watch the entirety of the first two series on Netflix. That may sound a challenge, but I did it in a day… Series 3 of Black Mirror comes to Netflix on Friday 21st October. 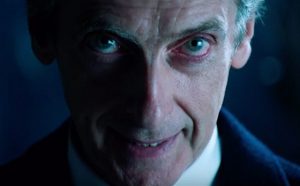 But don’t think you can spend your weekend solely cuddled up with the thrills of Charlie Brooker; because on Saturday, we finally get our first look at the new Doctor Who spin-off Class. Shows from elsewhere in the Whoniverse have been long absent from our screens, and Who itself has been off the air for nearly a year now – so I’m sure you’re all craving a bit of BBC alien-fighting goodness. And the Doctor (Peter Capaldi) is in the first episode! He’s setting the task of defending the Earth to a group of schoolkids at his old haunt Coal Hill, as you do. The whole thing is written by acclaimed YA author Patrick Ness, which is just great news – find out why in my On Edge: Anticipating for the show. The first two episodes of Class explode onto BBC Three Online on Saturday – so that’s eight hours of solid drama to watch this weekend. Cancel all plans. 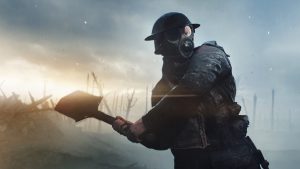 In the world of gaming, the order of numbers is obviously seen as overrated. In the same way Xbox has jumped from 360 to One, Battlefield’s fifteenth game, Battlefield 1, is arriving this week. As well as taking you back in number, Battlefield 1 is taking players back in time, to World War 1, where you can fight in battles inspired by the real war. The campaign mode is bigger, and the open environments are larger than ever. If you have time inbetween online TV binges, Battlefield 1 is available on Friday 21st October, for Windows, Playstation 4 and Xbox One.

The Shawshank Redemption arrives at Mayflower Theatre this week. Based on the short novel by Edge-favourite Stephen King, the thrilling stage production “examines desperation, injustice, friendship and hope behind the claustrophobic bars of a maximum security facility”. Starring Paul Nicholls, Jack Ellis and Ben Onwukwe, this is a performance not to be missed! It’s at Mayflower from Monday 17th to Saturday 22nd.

And talking of Stephen King, he’s not to be missed in our brand new issue, out next week, where writer Sophie McEvoy will be looking at his best work in an “In Focus” piece. There’s also American Horror Story, FIFA 17, and a handy little intro to Southampton’s theatre scenes – pick up your copy on campus very soon!