Read more
You are at:Home»Culture»On Edge: Anticipating Inside No. 9 Series 3
By Anneka Honeyball on October 5, 2016 Culture, Television

For lovers of dark comedy, there is one pair of writer/performers who have mastered the genre so completely and consistently, that everything they produce is a twisted delight to watch.

Reece Shearsmith and Steve Pemberton have been writing and performing comedy together for more than 20 years. Starting off their careers as two members of The League of Gentlemen (alongside Mark Gatiss and Jeremy Dyson), their macabre sense of humour has amassed a cult following, all of whom find the fun in things others, perhaps rightfully, fear.

Having rustled up the traditional sketch format with the grotesque characters and strange sub-plots that arose in Royston Vasey, Shearsmith and Pemberton later infused their energy into creating Psychoville – another dark and undoubtedly twisted comedy series, following five distinct characters who are brought together by a mysterious blackmailer. In the fourth episode of Psychoville‘s first series, the story focused on one set of characters – the murderous mother & son duo Maureen and David Sowerbutts – in one setting. Inspired by Alfred Hitchcock’s Rope, the episode was made to appear as though it was filmed in one continuous take, keeping all of the action and character-driven humour compacted into one space. It was the experience of making this episode that inspired the writing duo to create their most recent dark comedy series, Inside No. 9. 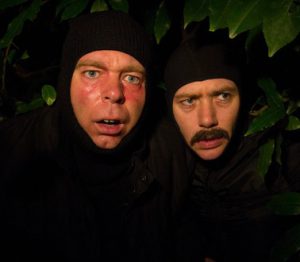 Inside No. 9 is an anthology series, akin in some ways to American Horror Story. The series does not follow a conventional long over-arching storyline as many comedy series tend to do. Instead, each episode provides an entirely different theme, with new characters and one distinct setting that we remain in for the duration of the episode – and only for that episode. The only thing that remains to link each episode is the fact that each story is set at a ‘number 9’ – with various ‘nines’ ranging from a suburban house, to a gothic mansion, a stage door, or even a 19th century barn. The level of invention that goes into each episode is practically limitless, meaning that Shearsmith and Pemberton can explore a range of different comic techniques and writing conventions to tell each story, which they have done in the past two series to critical acclaim and with real, punchy effect.

The past two series have provided us with twelve different stories so far, all of which distil a diverse range of comedy, drama and horror elements. In the episode ‘A Quiet Night In’ for instance, the half-hour segment focuses entirely on a pair of hapless cat burglars who attempt to steal a painting from the house of an anguished couple. What makes this episode particularly special is that it progresses almost entirely without dialogue, relying instead on visual gags and slapstick to induce humour (and a fair amount of drama). The series 2 episode, ‘The 12 Days of Christine’, which starred the always wonderful Sheridan Smith, also garnered a lot of praise for the way it told the emotional story of one woman’s life across 12 significant occasions, in intervals of 13 months. ‘Cold Comfort’ – another Series 2 episode – was told entirely from the perspective of various CCTV cameras in a call centre. 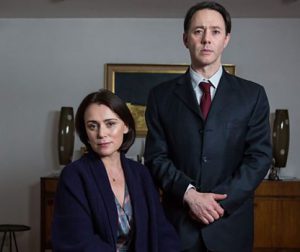 The reason Inside No. 9 is one of my favourite shows is because of the variety that it holds. Every week is different, and yet familiar. Every week features a different guest star, a different atmosphere and a different proportion of Shearsmith and Pemberton themselves, who alternate between performing together and performing solo in various stories. The amount of class talent that the show has attracted is also incredible. In the first two series alone, the guest stars have included the likes of Gemma Arterton, Katherine Parkinson, Helen McCrory, Tamsin Greig, Jack Whitehall, Alison Steadman, Sheridan Smith, Jane Horrocks, David Warner, Anne Reid and Claire Skinner.

The upcoming third series, which has been a long time coming for eager fans like myself, will tell six more self-contained stories, combining different eerie atmospheric settings with a lot more of Shearsmith and Pemberton’s unique brand of twisted dark humour. Some of the ‘No. 9’s’ that have been ambiguously revealed for the third series include a restaurant after closing time, an art gallery, and an alpine chalet in 1978. And as if those few settings weren’t tantalising and thought-provoking enough, the cast of guest stars is also very exciting, as the likes of Keeley Hawes, Jessica Raine, Felicity Kendal, Tamzin Outhwaite, Fiona Shaw, Jason Watkins, Mathew Baynton, Rula Lenska, Philip Glenister, Morgana Robinson and Sarah Hadland make their way Inside No. 9.

Filming for the third series was completed earlier this year and though an exact air date still has yet to be announced, Shearsmith has promised that it will launch at some point this Autumn on BBC Two. And if the last two series are anything to go by, it’s going to be incredible. I, for one, can’t wait.

Inside No. 9 will return to BBC Two this Autumn. The first two series are available to buy on DVD and Blu-ray now.