Read more
You are at:Home»Culture»This Month on Netflix: October 2016
By Anneka Honeyball and James Barker on October 1, 2016 Culture

In our ongoing monthly feature, The Edge takes a look at ten of the best new releases coming to Netflix UK in October. Among this month’s releases are a whole host of new Netflix original series for you to sink your teeth into. 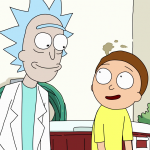 Justin Roiland’s hilarious animated comedy Rick and Morty is coming to Netflix at the beginning of the month. Originally set as a parody of Back to the Future, the series follows the misadventures of alcoholic scientist Rick and his easily influenced grandson Morty, who split their time between domestic family life and interdimensional travel. One of the most unusual, unique cartoons ever to hit our screens, this is a must-watch for fans of Archer and Bojack Horseman.

The Siege of Jadotville – 7th October 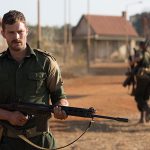 Starring Jamie Dornan, this Netflix original war film tells the true story of the 1961 siege of a 150-strong Irish UN battalion under Commander Patrick Quinlan (Dornan) by 3000 Congolese troops, led by French and Belgian mercenaries working for mining companies. Guillaume Canet plays a French commander who sought to defeat Quinlan and his men. 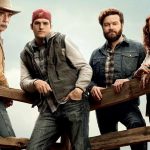 Netflix returns to the Iron River Ranch this month, for the second half of The Ranch‘s first season. Cast your mind back to April (or simply search it up in Netflix’s massive back catalog), when we saw brothers Colt (Two and a Half Men‘s Ashton Kutcher) and Rooster (Danny Masterson) unite to bring their father’s struggling ranch back to life. When we left the Bennett family, it was time to market the cows, while both Colt and Rooster were navigating problematic love lives – how will we find the ranch when we return for these next ten episodes? 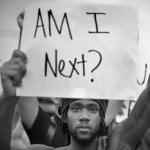 Ava DuVarnay directs a new documentary which chronicles the history of racial inequality in the United States – examining how the country has produced the highest rate of incarceration in the world, with the majority of those imprisoned being African-American. From D. W. Griffith’s The Birth of a Nation (1915) and the rebirth of the KKK to the Civil Rights Movement, the 1994 Crime Bill, and the Black Lives Matter movement, DuVernay traces a pattern of fear and division that has consistently driven mass criminalization. Needless to say, if there’s one thing you need to watch this Black History Month, it’s this. 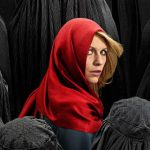 Homeland may have dropped in popularity somewhat, but it’s still going strong. It’s fifth season comes onto Netflix on 11th October. Ex-CIA agent Carrie (Claire Danes) has dropped off the map following the events surrounding the death of Brody (Damian Lewis), and is living in Berlin with her and Brody’s daughter Franny. But never one to escape her past, Carrie finds her life under threat once again, and Quinn (Rupert Friend) and Saul (Mandy Patinkin) reenter her life explosively. Season 5 of Homeland is not to be missed, and if you’ve already watched it, it’s always good to recap as Season 6 starts airing on Showtime.

Haters Back Off! – 14th October 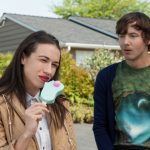 A brand new comedy hits Netflix this October! Haters Back Off is arriving from the genius mind of Colleen Ballinger, an internet sensation comedian whose moving from YouTube to Netflix for her own show. Her infamous character, Miranda Sings – a narcissistic, eccentric, inept, but ultimately loveable internet sensation, like Ballinger herself – is being revived for the show, along with Angela Kinsey playing Miranda’s mum Bethany and Steve Little as Jim, Miranda’s uncle. Catch the whole first season of Haters Back Off on Netflix from 14th October. 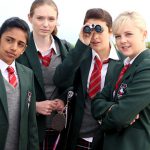 Based on the novels by Louise Rennison, 2008 teen rom-com, Angus, Thongs and Perfect Snogging is coming to Netflix later this month. The film follows 14 year old Georgia Nicholson as she tries to find a boyfriend whilst also organising her 15th birthday party. A nostalgic blast from the past for many of us older students, the film stars the likes of Georgia Groome, Aaron Taylor-Johnson, Alan Davies, Eleanor Tomlinson and Kimberley Nixon. 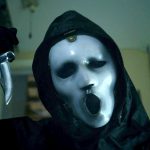 It’s the month of all things spooky, so naturally, Scream is back for a Halloween special! The two hour special (yes, two hour), picks up straight off from the Season 2 finale, as the question of whether Brandon James is actually alive or not is set to be answered. The original murderer in town, James’ return would cause all kind of nightmares for the already traumatised residents of Lakewood. Or is this just another copycat killer? Willa Fitzgerald, as Emma Duval, is set to find out – but will she survive to Scream‘s third season? Scream‘s Halloween Special arrives on 19th October… 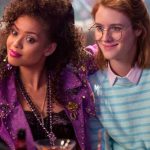 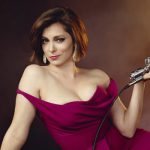 The craziest of all crazy exes is back this month, for a second season of terrorising her poor boyfriend. Well, Nora (Rachel Bloom) might have given up on her dream of winning back Josh (Vincent Rodriguez II), but she’s sure to cause more mayhem on New York City. The musical comedy also stars Santino Fontana and Donna Lynne Champlin. Crazy Ex-Girlfriend returns to Netflix for its second season from the 23rd October.