Read more
You are at:Home»Culture»On the Gilmore Girls Reunion
By Carly-May Kavanagh on September 22, 2016 Culture, Television

I’m pretty sure my mum and I watched the entire box set of Gilmore Girls in a couple of months; and between school, work and cats, that’s pretty quick. We were hooked – we laughed, we cried, we had heated debates over who Lorelai and Rory should be together (Luke and Jess, obviously). Watching the series with her was always incredibly special to me, because I saw us in them occasionally – a young single mum and her bookish daughter are best friends, what could be more relatable? I still can’t watch the episode where Rory (Alexis Bledel) leaves for college without remembering the sadness of moving to university.

I don’t think I could criticise it at all because of this love for it – but I do want some answers. Amy Sherman-Palladino, the creator of Gilmore Girls, has said that the four, 90 minute episodes (that’s like four standard length films!) will be based on the ‘four final words’ of the last episode, with Rory, Lorelai (Lauren Graham) and Luke (Scott Patterson) in Luke’s Diner. One problem though – literally only a handful of people know what those words are, and IT’S KILLING ME. The only thing we do know is that it’s between Lorelai and Rory. There’s a lot of things I want from these episodes – many ways I’ve imagined their lives going.

Obviously Luke and Lorelai HAVE to get married in these episodes. She isn’t wearing an engagement ring in the teasers shown so far, which doesn’t necessarily mean anything, but think of how incredible a Stars Hollow wedding would be. I hope Paul Anka’s the flower puppy, to be honest. Lorelai has sang ‘I Will Always Love You’ to him (obviously it was dedicated to him, who else), and they kissed at Rory’s goodbye party. But we’ve got almost a decade to catch up and what could be more perfect for the two of them than a wedding? Preferably on June 3rd. Under the chuppah. Imagine if he’s proposed during one of Lorelai’s favourite festivals too… 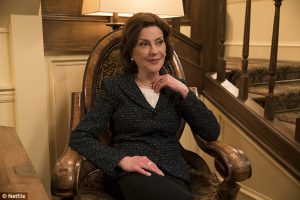 On the topic of weddings, I want to know how they’ll work in the death of Edward Herrmann, the actor who played Richard Gilmore, who passed away on December 31st 2014. Will there be a funeral? Who will give Lorelai away at a potential wedding? Are Friday night dinners still a thing? We know it’s going to be an emotional topic when it comes up, especially as Emily (Kelly Bishop) made him promise that she would go first. Ugh, my heart.

I really want to know who Rory’s with, and what’s happened in her life. When we last left her she was going on a super cool Obama campaign trail job – is she still in politics? Writing? Editing? Obviously she may be with someone other than Dean, Logan or Jess – but, having looked at the cast listings for every episode on IMDb, Matt Czuchry (Logan Huntzberger) and Jared Padalecki are only confirmed for the ‘Winter’ episode, and Milo Ventimiglia (Jess Mariano) for ‘Winter’, ‘Spring’ and ‘Summer’. Though none are confirmed for all four. This is worrying news – but at least all three of them are Team Jess.

Regardless of the marital status of the two Gilmores, I’m wondering if one may be pregnant, and hear me out on this one. A promo photo was recently posted on their Instagram page of a cup of coffee and an apple. As Gilmore Girls‘ most obsessive fans know, they have a super unhealthy diet, and Lorelai craved fruit when she was pregnant with Rory, as revealed Season 5’s episode Blame Booze and Melville. Lorelai will be 48 so a pregnancy may not be happening for her, but Rory…? 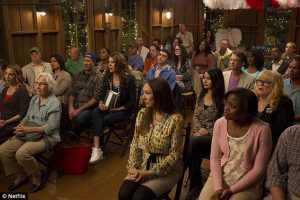 There would obviously have to be some festivals; a Gilmore movie night with Al’s Pancake World, maybe even featuring all of the now-grown up babies! Maybe a Hep Alien reunion? Oh imagine if they played at Lorelai’s (potential) wedding! Now that’d be cool.

This is a smaller thing, but I just really need to know what’s happening with Kirk (Sean Gunn) and Lulu (Rini Bell), how often he has to see his mother, and if he’s still working every job in Stars Hollow. I really hope he’s just the same man-child he was back in the noughties. And then there’s Taylor Doose (Michael Winters), who has been confirmed for all four episodes. I really hope he’s still ‘being Taylor’ – even if Miss Patty as mayor would be cool. He should be enjoying retirement, and Doose’s Market could now be Dean’s Market. Dean’s married someone else he went to school with, with a boring name, who can make him meatloaf. Boo Dean.

Regardless of what happens, I’m excited for the episodes to come out, and to rush home to watch them with mum!

Gilmore Girls: A Year in the Life will air on November 25th on Netflix via Warner Bros. Television