Women (and men, if that’s what takes your fancy) nationwide: flock to your tellies, ’cause a shirtless Aidan Turner is about to saunter back onto your screens for a second series as the eponymous hero in Poldark.

It’s been a long wait, but the critically acclaimed BBC show is back for a second series tonight! Turner reprises his role as Ross Poldark – the British veteran whose return to home we followed in series one – and this time he faces a very different kind of fight: for his freedom. Having been accused of murder after the horrific shipwreck in the series finale, his rebuilt life is on the line, including his marriage to Demelza (Eleanor Tomlinson). Will Ross go to prison for a crime that wasn’t his fault? And what does this mean for ‘Polmelza’ (or ‘Demeldark’, whichever you prefer), the relationship that fans across the country adore? Poldark returns on Sunday 4th September, and will continue airing weekly on BBC One at 9pm. 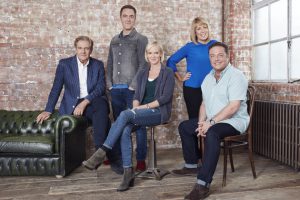 Another comedy of old is back for a revival this week: Cold Feet, an acclaimed 1990s comedy-drama following the ups and downs of three couples and their relationships, was perhaps an odd choice for a return – especially as one of its biggest stars, Helen Baxendale (that cow Emily from Friends – remember her? She’s also in Cuckoo) was killed off in the final episodes. Series 6 picks up fifteen years on, with the remaining five leads all returning: The Missing‘s James Nesbitt, Spooks‘ Hermione Norris, John Thompson, Robert Bathurst, and Fay Ripley. While the original series dealt with the early hazards of relationships, it’ll be interesting to see how they are getting along much further down the line. That’s if they’re all still together. Cold Feet returns to ITV on Monday 5th September. 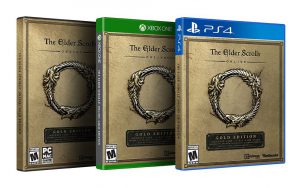 In gaming news, the gold edition of The Elder Scrolls Online arrives this week. The massive online multiplayer game was originally released back in 2014, but this expansion includes a whole heap DLC expansion packs for fans of the series. That includes ‘Imperial City’, ‘Orsinium’, ‘Thieves Guild’, and ‘Dark Brotherhood’ – enough to keep you busy for the foreseeable future. You also have 500 crowns to spend in-game – what more could you want? The expansion arrives on Friday 9th September for PS4, Xbox One, and Windows.

The Mandela Trilogy arrives at the Mayflower Theatre this week. This musical tribute to the late South African President and philanthropist Nelson Mandela is brought to life by Cape Town Opera in a large scale celebration concerning the music of his life. “From tribal initiation rites on the banks of the Mbashe River, through the heady and rebellious jazz-fuelled days in Sophiatown; to incarceration and reflection on Robben Island and finally beyond, to freedom – this is the story of one of the world’s most iconic figures.” The Mandela Trilogy is at the Mayflower Theatre in Southampton from 7th to 10th September, with tickets still available via Mayflower’s website.