Read more
You are at:Home»Culture»This Month on Netflix: September 2016
By Anneka Honeyball and James Barker on September 1, 2016 Culture

In our ongoing monthly feature, The Edge takes a look at ten of the best new releases coming to Netflix UK in September. Among this month’s releases are a number of critically acclaimed features, as well as some interesting new documentaries. Oh and Luke Cage is back too. 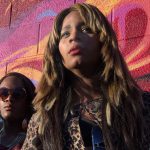 The sensational micro-budget film that whipped up a storm at last year’s Sundance festival is making its way to Netflix. Directed by Sean S. Baker and filmed entirely with three iPhones, Tangerine follows a transgender sex worker called Sin-Dee Rella who discovers that her boyfriend/pimp has been cheating on her with a cisgender woman. Featuring star-making performances from trans actresses, Kitana Kiki Rodriguez and Mya Taylor, this colourful comedy-drama is not to be missed. 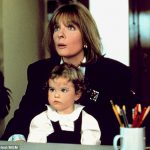 Charles Shyer’s romantic comedy Baby Boom is the latest 80’s flick to be added to the Netflix faults. Starring Diane Keaton, the film follows a driven ‘yuppie’ careerwoman whose hectic life is turned upside down when her late cousin’s baby is put into her custody. Swapping faxes for diapers, she is forced to reevaluate her priorities. Co-written by Nancy Meyers (What Women Want, The Holiday), the film also stars the likes of Sam Shepard, Harold Ramis, Sam Wanamaker and James Spader. 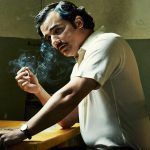 September’s first fix of Netflix Original is the second season of Narcos. Starring Wagner Moura as notorious Colombian drug kingpin Pablo Escobar, the show is adapted from real life events and was one of Netflix’s biggest successes of 2015. Now back for its second season, it sees Pablo far more vulnerable than in season one, outside his person prison, La Catedral. Eric Lange joins the cast as a CIA agent tasked to take down Pablo, and with many people vowing to see Pablo dead, his time is numbered. 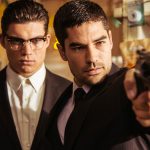 Supernatural crime series From Dusk Till Dawn returns to Netflix in the UK for a third season this September. The series is inspired by the 1996 cult film of the same name, which starred none other than George Clooney! Expanding on the chronicles of the Gecko Brothers, Seth (D. J. Cotrona) and Richie (Zane Holtz), Season 3 follows them as they fight their way through the world of culebras, the vampire-snake hybrids that control hidden empires in Texas and Mexico. 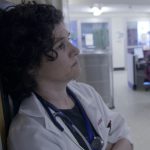 Adding to their ever-expanding collection of thoughtful documentaries, Extremis is the latest factual heading to Netflix. Directed by Academy Award nominated filmmaker Dan Krauss, the verité documentary explores the harrowing decisions that doctors, families and patients must face in urgent end-of-life cases. Depicting extraordinary access to the hectic intensive care unit of a hospital in Oakland, California, the film offers an intimate look at the intersections between faith, science and humanity. 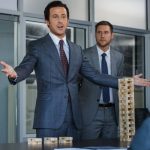 Netflix are bulking up their collection of prestigious films with the addition of Adam McKay’s Oscar-winning comedy-drama, The Big Short. Based on a true story, the film follows a group of investors who bet against the US mortgage market during the 2007 financial crisis. The film also features an all-star cast including Christian Bale, Ryan Gosling, Brad Pitt and Steve Carell. Described by our reviewer as “big, bold and far from boring,” if you’ve yet to see what all the fuss is about, now’s your chance. 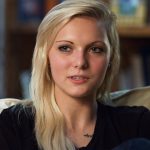 Tackling an all too prevalent subject, Audrie & Daisy examines the ripple effects suffered by friends, family, schools and communities when two underage young women find that sexual crimes against them have been caught on camera. Directed by husband-and-wife duo, Bonni Cohen and Jon Shenk, the film follows the outcomes of three cases of statutory rape over time, social media, court documents and police investigations. Needless to say, this is a harrowing, but important watch. 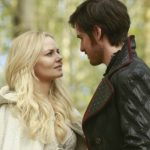 From the creators of Lost, Once Upon A Time has a huge cult following of its own, and UK fans will be thrilled to learn it returns to Netflix for a sixth season this month. In Season 6, Emma Swan (Jennifer Morrison) faces a new challenge as the Evil Queen (Lana Parrilla) rears her ugly head once more, thanks to the influence of Mr Jekyll and Hyde. In addition to the Robert Louis Stevenson characters joining the show, Aladdin and Jasmine are also set to join the cast. Once Upon A Time will air episodes weekly from 26th September. 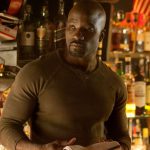 After months of waiting, fans of the Marvel/Netflix universe will be pleased to know that Marvel’s Luke Cage series is finally premiering in full at the end of the month. Starring Mike Colter, the series follows a fugitive attempting to rebuild his life in modern day Harlem after a sabotaged experiment leaves him with unbreakable skin and superhuman strength. If you liked the various glimpses you saw of him in Jessica Jones, this badass new series should be at the top of your binge-watching list. 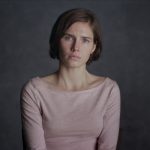 Netflix tackles more sensitive documentary territory this month, with their own original telling of the tale of Amanda Knox. The American student was arrested and imprisoned for the murder of Meredith Kercher in 2007, but after appeals and retrials for both her and her boyfriend, Raffaele Sollecito, she was acquitted last year by Italy’s high court. The documentary will premiere at the Toronto International Film Festival, before arriving on Netflix on 30th September.