Returning to its roots when it comes to format, presenter and judging panel, it seems that The X Factor may have finally realised its own recipe for success.

The X Factor is back and from the first two episodes of the new series, it seems the old-favourite we all loved is set to make a triumphant return. 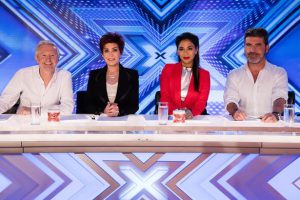 The show seems to have a fresh energy from the new judging panel which brings together, in my opinion, the highlights of the panels from over the last decade and they all complement each over fantastically. Louis and Sharon work really well together, as they always did, and both compliment the slightly wacky Nicole. Then, of course, there is Simon who the show just wasn’t the same without for three years. They bounce off each other’s energy and critiques and gel together. It’s like a truly dysfunctional family and works a lot better than previous panels that have felt split and disjointed (especially last year’s panel). I was slightly sceptical about the need to bring back Louis but after the opener, even though I know he will annoy me, I see it was a good decision. Louis is part of the X Factor magic. He needs to expand his thesaurus beyond ‘that was really good’ and ‘I see potential’ though. It’s also really good to have Dermot back, and his presenting really does trump that of Olly and Caroline last year.

It was also good to be back in the room – this really bought the show back to the intimate and personal feel it used to have. It was also nice to see some artists going for either acappella auditions or stripped-back piano or guitar versions of well known songs, as this allowed a more passionate and exposing vocal to come through in their performance. This is much better than the arena style auditions that just made the show feel too formal and corporate in previous series. I’m sure it will also make the later stages more exciting as the acts will face the nerves of the audience for the first time in the third round, at the six-seat challenge. As you can see most of the positives are in fact reversals (back to old judges, old presenters and the original audition format). I think clearly someone realised that the way to return X Factor to its height was not some new weird-and-wacky concept or another attempt at a ‘revitalised new panel’, but actually bringing it back to what made it such a success to begin with. The only new addition, and actually I think quite a snazzy one, are the show’s new graphics for this series which are much more professional and up-to-date than the previous artwork. 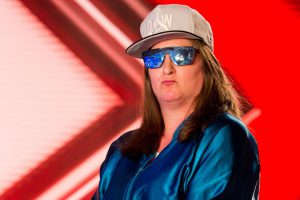 They very weird and wacky Honey-G

What, then, about the talent itself? Well this was more mixed. There were certainly some stand out performances. Of course one of the highlights of auditions is also the excruciatingly bad acts, but sometimes these were more awkward than humorous. While I loved Luis Elke’s rendition of the Pussycat Dolls, I did not get Honey G, the old-age rapper who was trying to keep it ‘real’. I was certainly with Simon on this one: it was just uncomfortable and certainly not entertaining to watch. I found myself just wanting the next to act to come on as soon as possible.

There were also a few acts that I just found a little boring and uninteresting. Maybe that’s just being overly critical but I’m hoping for a few more lively and energetic acts, or a few more with a more original performance value, to ensure there are energetic performances later on in the series, especially in the live shows. Eddie Lee’s performance comes to mind – which just seemed dated and disengaging – an all surrounded by a slightly pointless and weird section where Cowell seemingly fantasised over Lee. I’m just hoping that producers have saved some stunning performances for later on, and from when I attended the six seat challenge I know there are some more impressive acts to come, especially for the boys. Some might kill me for saying this, but I think every series needs its Rylan Clark character and the opening weekend did not deliver any potential suitors for that role. Too many acts that are not either very good or humorously bad can cause you to just lose focus.

But when they were good, they were excellent and the standard of talent overall already shows some signs of being much higher than the last couple of years and perhaps as good as the X Factor’s heyday five or six years ago. This year they have managed to deploy the ‘sob-story’ more subtly, so that it adds value to the performance without being a cheesy two minute VT montage before the performance begins. This was specifically true of Christian Burrows who performed an original song in memory of his brother but with a hopeful upbeat tempo. I’m really hoping we see more of him in the future. Also of specific note is Saara Aalto whose version of Sia’s ‘Chandelier’ was simply breath-taking. Her personality was so endearing and her version of Sia’s classic provided a stripped-back piano cover that allowed Aalto to really surprise the judges and the audience alike. I found it a joy to watch.

I think, from the first two episodes, The X Factor seems to have fixed itself from last year, and I’m very glad to see that it has. A few acts aside, the format and the vast majority of the performances bought the show back to its former glory. Let’s just hope it continues.