With the arrival of Autumn comes the end of the drought that we TV addicts have recently been experiencing. Normal service can finally resume – jump on the sofa, grab a blanket and some popcorn, ’cause I’ve got a whole heap of the good stuff for you this week!

Ex-Doctor Who companion Jenna Coleman breaks away from the TARDIS into her first major show since leaving Who last Christmas. Victoria stars Coleman as the young Queen Victoria. The first episode starts with the beginning of her reign – aged 18, she is forced to take the throne after the death of her uncle, the King. Heralded as the spiritual successor to Downton Abbey, and undoubtedly set to lap up fans of a good historical drama, Victoria‘s first series comprises of eight episodes, two of which air this week! Premiering this Sunday, 28th August, you can catch the second episode the following day on Monday 29th. Both episodes air at 9pm on ITV. 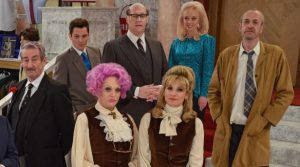 If you think returning to the days of Queen Victoria wasn’t a throwback enough, the BBC are making some nostalgic trips of their own, as two classic sitcoms return with new casts after long absences from our screens. In direct contention with Victoria, Are You Being Served, which originally aired between 1972 and 1985, returns for a one-off special. We return to 1988, with veteran comedian Jason Watkins (W1A) leading a brand new cast; Gavin and Stacey‘s Mathew Horne and Hollyoaks‘ Jorgie Porter also star. Are You Being Served‘s one-off special airs on BBC One on Sunday at 9pm.

If one big comedy return wasn’t enough for you, a second old dog performing new tricks follows directly after, as Porridge returns after forty years! Writers Dick Clement and Ian La Frenais present a new re-imagining of their classic sitcom, now starring Kevin Bishop as Fletch, the grandson of Ronnie Barker’s iconic character). This time round, Fletch is placed inside for the most modern of reasons; cyber crime. Porridge airs at 9:30pm on Sunday on BBC One – both returns mark the start of ‘sitcom season’ on the BBC. 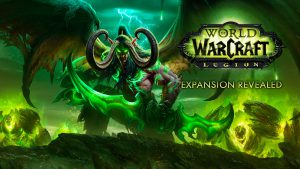 Southampton’s very own Mayflower Theatre hosts an Open Day this week, to celebrate its 30th Anniversary. The Mayflower has become the centrepiece of our city’s theatre, showcasing brilliant performances that this year alone have included Cats, Joseph and the Technicolour Dreamcoat, Mary Poppins, Guys and Dolls and The Mikado. From The Edge to one of our favourite theatres: Happy Birthday! The Mayflower Theatre throws open their doors on Saturday 3rd September, for a rare insight behind the scenes, with a variety of activities for all ages to enjoy. Find out more on the Mayflower’s official website.