Ready – Steady – Bake! After weeks of TV as dry as an overcooked sponge, we are getting a welcome release, as The Great British Bake Off returns to our screens. 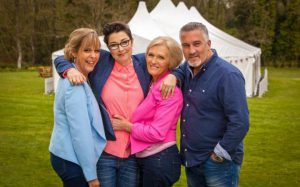 The troublemakers return… [Image via the BBC 2016].

It’s one of the biggest TV success stories of this decade, so it’s no surprise that GBBO is returning for its seventh (I know!? It feels like yesterday!) series. Twelve quivering wannabe bakers are entering the ‘Tent of Dreams’ – AKA a Posh Gazebo – hoping to impress the Darth Vader of all bakers, Paul Hollywood, and everybody’s favourite national treasure, Mary Berry. Let’s be honest, week one is the week in which favourites are decided – I had my heart set on Nadiya, last year’s winner, from the get go. Side-splitting double act Mel Giedroyc and Sue Perkins return to present ‘sponge week’ – but whose cakes will crash and burn? The Great British Bake Off returns on Wednesday 24th August at 8pm on BBC One.

And speaking of Nadiya, the 2015 GBBO winner’s own show, The Chronicles of Nadiya, also begins this Wednesday. Despite its frankly dreadful title, the two-part series has real potential, as the baker travels back to Bangladesh to explore her heritage and the place that many of her recipes came from. It’s a cookery and travel show, rolled into one! The Chronicles of Nadiya‘s first part airs on Wednesday 24th August, BBC One at 9pm, straight after the GBBO‘s series premiere, so don’t move from your armchairs! 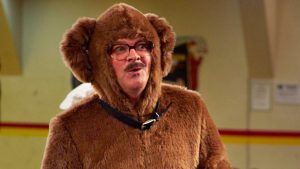 Away from the realms of reality TV, Channel 4’s Friday Night Dinner concludes its fourth series this week. The show stars Tamsin Greig, Simon Bird and Tom Rosenthal as members of a dysfunctional Jewish family who convene each Friday for a traditional dinner – which always seems to go wrong. This week sees Adam and Jonny arrive at the house to see a ‘For Sale’ sign outside, to their outrage. Though Greig, Bird and Rosenthal are all funny, the true star of the show is their odd neighbour Jim, played hilariously by Mark Heap. Friday Night Dinner airs on Friday 26th August on Channel 4 at 10pm.

Gamers can also expect the release of the new instalment to Deus Ex franchise this week, as Deus Ex: Mankind Divided arrives. The cyberpunk-themed action role-playing stealth game is set in a dystopian future, where some characters possess superhuman abilities, or ‘Augmentation’. Mankind Divided sees the return of the franchise’s hero, Adam Jensen, with new technology and body augmentations, now facing a rogue Illuminati group. Deus Ex: Mankind Divided is released for Microsoft Windows, PlayStation 4 and Xbox One on Tuesday 23rd August. 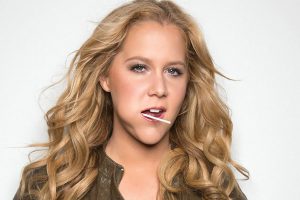 And finally, comedian Amy Schumer is releasing her autobiography this week. Entitled The Girl with the Lower Back Tattoo (a hilarious twist on the Steig Larrson novel, The Girl with the Dragon Tattoo), it’s Schumer’s first book, and promises to share stories about “her family, her relationships, her career, good – and bad – sex, recounting the experiences that have shaped who she is today.”As one of the biggest female comedians out there right now, The Girl with the Lower Back Tattoo is a must-buy for lovers of a good laugh – it is available to buy from all good bookstores on Thursday 25th August.