Pokémon Go allows you to step into the shoes of a Pokémon Trainer. However, if you want to become a fully-fledged Pokémon Master, then here are a few tips!

Make the Most of PokéStops 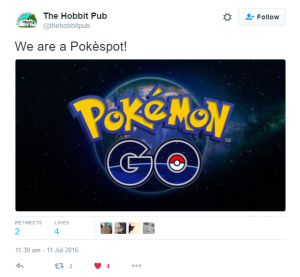 PokéStops are the special locations spread across Pokémon Go’s map, marked with a blue pin sticking out of the ground. They are generally placed in interesting real life locations, like notable businesses and monuments.

Make sure to find as many PokéStops as possible, because they are the only way to collect free items outside of the level up bonuses. PokéStops only take a few minutes to regenerate so make the most of them when you find one. The items they provide are very useful when catching Pokémon. It is incredibly frustrating to run out of Poké Balls so keep stocked up!

Another benefit of finding PokéStops is Lure Modules. Players can place Lure Modules at a Stop and attract more Pokémon to that area for the next 30 minutes. You can tell which PokéStops currently have Lures active, as blossom will appear around them on the map.

As Pokémon grow, some are able to evolve into stronger creatures. This is an excellent way to expand the number of Pokémon you have caught.

Pokémon Go requires you to collect candy in order to evolve your Pokémon. The quickest way to collect a certain Pokémon’s candy is to catch as many of that monster as possible. Whilst you may already have a Pidgey, it is still important to catch more of them, ’cause each time you catch a Pokémon, you are awarded with three pieces of candy. Transferring the excess Pokémon to the Professor will net you yet another precious candy.

Unlike most Pokémon, Eevee can evolve into multiple different forms. While initially seeming to be frustratingly random, it is possible to choose which Pokémon Eevee will become! By naming Eevee “Rainer”, “Pyro” or “Sparky” will make it evolve into Vaporeon, Flareon, or Jolteon, respectively. This is the easiest way to make sure you can get all three.

As well as items, PokéStops also give out Pokémon eggs. Hatching eggs is the most reliable way to find the rarest monsters Go has to offer!

Each egg you collect will say a certain distance you have to walk before they will hatch. However, eggs must be placed in incubators before any progress can be made, so this frustratingly means you can only be working on so many eggs at once. Incubators can be used more than once, but only two can ever be obtained – without resorting to in-app purchases, of course.

However, don’t let this put you off hatching eggs, as some of the rarest Pokémon can only be obtained this way. There is no way to know what will hatch from an egg beforehand, but each species has a minimum distance for it to appear. To get the rarest Pokémon, you’ll have to walk up to 10km!

Forget Team Rocket, a Pokémon Trainer’s greatest foe is now their own battery life! Pokémon Go is becoming notorious for draining phone batteries. This is largely because the game is constantly using GPS. However, there are a few things you can do to get around this problem and keep catching Pokémon. 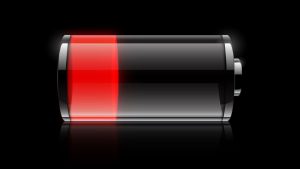 Pokémon Go’s main attraction is certainly the augmented reality features. However, using the camera is a huge drain on your phone’s battery. Luckily though, the app allows the camera to be switched off. Just flick the AR toggle in the top right during a battle. It may make battles slightly less exciting, but it means your phone won’t die as quickly!

In Go’s setting there is also an option called Battery Saver. While I’m sure lots of people have seen this option, the game does a poor job of explaining how it actually works. If Battery Saver is on and the phone is turned upside down the screen will dim and show a faint Pokémon Go logo. The game is still open and tracking you, but it isn’t wasting as much battery life. Quite a useful feature for a long day of Pokémon hunting!