J.K. Rowling is well known for her work with Harry Potter – but did you know there is an entire otheir series of books out there by her? Of course, she’s done her best to hide it; the Cormoran Strike series, currently a trio of crime thriller novels, are actually penned under her pseudonym Robert Galbraith. Each focusing on a different crime, all three will have you glued to the page until you’ve finished them, filled with detailed imagery and extremely well-devised plot twists. It’s a whole step up from Potter. Furthermore, these are aimed at an adult audience – so while it is sure to satisfy your inner horror lover, don’t go reading it to kids at nighttime!

Cormoran Strike is not your traditional detective protagonist by any stretch. His gruff exterior is, quite frankly, terrifying – a massive, bulky Afghan veteran, who lost half his leg in a roadside bomb. He has “pube-like” curly hair and the overall look of a grizzly bear. But do not judge by appearances! Below the surface, Strike is extremely intelligent (he studied at Oxford), and behind a slightly volatile temper is a caring, moral man. He’s so different to the cardboard-cutout of detectives you so readily meet in fiction; he’s a teddy bear dressed up like a grizzly.

We are first introduced to Cormoran in 2013’s The Cuckoo’s Calling, in which Strike is running a failing private detective agency. Amidst his own personal crisis, Strike employs the young and engaged Robin Ellacott as a temporary assistant. Where Strike is miles away from your traditional protagonist, Robin is more along the stereotype of plucky assistant; headstrong, stubborn, and determined to involve herself in the dangers of Cormoran’s business. She is both nightmare and dream-come-true for the veteran PI. Robin is engaged to marry broker Matthew, a man that is about as normal (and therefore, to Robin, as boring) as Doctor Who‘s Rory Williams or Mickey Smith. See where all this is going? 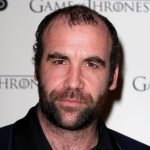 The romantic tension between Strike and Robin, the will-they-won’t-they of old, is quite rightly placed in the background; overshadowed by their genuinely interesting cases. Novel 1 sees Strike and Robin investigate the murder of a high-profile celebrity, Novel 2 the disappearance of a well-known author, while Novel 3 focuses more on Strike’s past as he receives a disembodied leg in the mail. Who sent it? And why are they targeting Robin? Each novel also works stand alone as well, so if you want to skip ahead to the next one then you’re always pretty much back at square one; like a new episode of Midsomer Murders.

And if you’re a lover of reading a book before you watch it’s adaptation, now is the perfect time to indulge yourself in Strike’s cases! Cormoran Strike is being developed into a BBC TV series, the details of which are yet to be revealed. How about Game of Thrones‘ Rory McCann as Strike? It’s sure to be big when it arrives, so get ahead of the game now – while you have lots of time for summer reading!

The Cuckoo’s Calling, The Silkworm, and Career of Evil all make up the Cormoran Strike series. They are available to buy now via Sphere Books.