They are fast and furry-ious, call the purramedics, no I’m not kitten you… CATS is exploding into the Mayflower Theatre this week. Well, I say ‘explode’ – they’ll likely walk in leisurely, looking round with an air of distaste, making out like they own the place.

Of course, this isn’t a singular feline that has broken into the biggest theatre in Southampton, but an entire touring musical. Straight from the West End, Andrew Lloyd-Webber’s iconic musical CATS is returning to our wonderful city. CATS is based on an obscure T.S. Eliot book, but has been made a 1000x better by a medley of wonderful songs, breathtaking dance routines, stunning costumes and remarkable set designs; all from the mind of the man who brought us Joseph and the Technicolour Dreamcoat, too. It first opened way back in 1981, and has since won Best Musical at the Olivier and Tony Awards. Now coming in at fourth, it was at one time the longest running Broadway musical in history. Yet, for a little under two weeks, the magic of CATS is coming to the Mayflower; exploding onto the stage this Tuesday, 9th August. Tickets are flying off the shelf, so get in quick, by going to the Mayflower’s website. 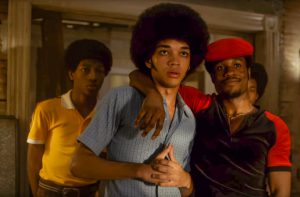 Justice Smith, the lead of Netflix’s The Get Down. [Image via vsmag.com]

It’s finally time to get down with The Get Down, a new Netflix Original Series! Following in the footsteps of TV giants Glee and Empire, The Get Down is a musical drama series, created by famous Australian director Baz Luhrmann. Amongst a huge profile of great work, Luhrmann directed the cinematically brilliant 2013 adaptation of The Great Gatsby, starring Leonardo DiCaprio and Tobey Maguire; so we can expect big things. Justice Smith stars in the lead role, following his success with Paper Towns last year, alongside newcomer talent Herizen Guardiola. They play aspiring musicians at the birth of the disco genre in New York, but to reach fame, they must escape the dead end society they are trapped in. As Justice’s protagonist Ezekiel shouts in the trailer: “This ain’t Disneyland, this is the Bronx!”. Part one of this promising new series (six episodes) will arrive on Netflix on Friday 12th August, with another seven episodes to follow later in the year. 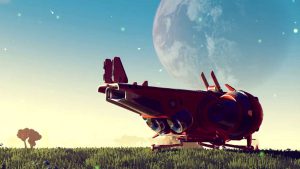 Is it fair to say that this week we can expect the arrival of the long, long awaited No Man’s Sky? I don’t want to tempt fate, as No Man’s Sky has been pushed back again and again since it was announced way back in E3 2014! It was meant to arrive in June, but now, two months late, it is finally being released. No Man’s Sky is an indie action and adventure survival video game like no other, due to its endless open world; there are 18 quintillion planets out there to explore! Furthermore, that’s an entire universe to be shared with other gamers online, though it is playable offline too. If that’s not a grabbing enough prospect for you, you can also expect lots of coverage of No Man’s Sky from our writers, as it’s groundbreaking in terms of gaming. No Man’s Sky is available from Wednesday 10th August, on Playstation 4 and Microsoft Windows.

Don’t get catty if you don’t like my feline puns. They are purrfect.