Read more
You are at:Home»Culture»Actor in Focus: David Tennant
By James Barker on July 25, 2016 Culture, Television

David John McDonald, better known by his stage name, David Tennant, is an actor of television, film and theatre, and one of my all-round favourite human beings on the planet. With a grin as wide as the Medusa Cascade (Doctor Who pun alert), David Tennant oozes charisma and positivity in all his roles, but is also an expert at portraying the darkness and raw emotion of the human condition. What’s even better is, whenever you see him interviewed, he just seems like the nicest man ever.

It’s not hard to imagine David as a wide-eyed child, obsessed with two mystical boxes – the TV, and the famous little blue one that flew around inside it. He had a dream that a large chunk of children have had, myself included; he wanted to be Doctor Who‘s ‘The Doctor’ one day. Unlike the majority of kids though, David’s dream would one day be realised. 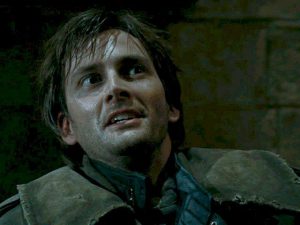 I’m getting ahead of myself. Naming himself ‘Tennant’ after the lead singer of his favourite band – Neil Tennant of The Pet Shop Boys – for the simple fact there was already a David McDonald on the books, David brushed with small TV roles for many years. This included a very early performance as a transsexual barmaid named Davina in Scottish sitcom Rab C Nesbitt, and his first encounter with Doctor Who predecessor Christopher Eccleston in the big screen’s Jude. He also developed a good relationship with the Royal Shakespeare Company, sparking a love affair with the iconic playwright that continues to this day. He rose to fame playing the eponymous Casanova in 2005, and even contributed to the Harry Potter universe, in his role as Barty Crouch Jnr in Harry Potter and the Goblet of Fire. Barty Crouch truly showed Tennant’s ability to portray darker characters; he’s simply psychotic as the deranged wizard. 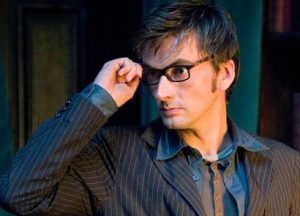 The Tenth Doctor. [Image via nerdist.com]

But it was a year later, in 2006, that David got his hands on his dream job. Narrowly missing out to Eccleston when Doctor Who was revived in 2005, Tennant became the Tenth Doctor a year later, after his predecessor quickly decided that the role wasn’t for him. Just as David had fallen in love with Tom Baker’s fourth Doctor many years earlier, the entire world fell in love with Doctor no. 10; he was deeply charming, a whirlwind of fun, but with a deep-rooted compassion, empathy and respect for the world around him. It was here, travelling in my own way with the Tenth Doctor, that my love for television started; in many ways, David Tennant is the ‘Actor Who Changed My Life’ (another of our fantastic Edge features), because I simply wouldn’t be here as your Culture Editor without him. The Tenth Doctor has most often been voted as the best of all Doctors, and when David hung up that pinstripe suit, long brown coat and plimsole shoes in 2010, it with a heavy heart, both for him and for the audience. 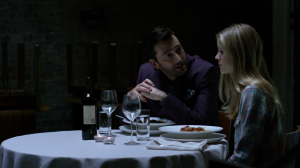 Away from his role as the Doctor, Tennant has since made a name for himself in edgy thriller Broadchurch, as D.I. Alec Hardy. Though our protagonist, he is a very different hero to the Tenth Doctor; Alec is a deeply damaged and enigmatic man. The writing and suspense of Broadchurch has been widely acclaimed, but for me, what highlights this is his chemistry with Olivia Colman, as his sparring partner D.C. Ellie Miller. Though his partnerships with Billie Piper and Catherine Tate are better remembered and still strong, David and Olivia outshine them completely. More recently, he has risen to fame as the villainous Kilgrave in Netflix and Marvel’s Jessica Jones. Kilgrave is Barty Crouch x 1000 when it comes to villain ranking. Psychotic in more of a manipulative and chilling way than being all out deranged, Kilgrave is one of the most memorable adversaries in the Marvel Universe; apart from perhaps Tom Hiddleston’s Loki.

Away from his work in TV, Tennant is a stage veteran, especially when it comes to Shakespeare. He has described theatre as his “default way of being”, and has most famously played Hamlet (alongside Patrick Stewart) and Richard II also. In 2013, David was appointed as the Royal Shakespeare Company’s new artistic director; a well-deserved job for a man who truly loves the Bard. I’ll save a more in-depth look at David’s stage work for another time.

I love all of David Tennant’s work as an actor, which knows a versatility quite unlike any other actor I know. But more than that, I love his appearance in the public eye; which is of a respectful gentleman, a father and a husband, with a cheeky smile that can make your day light up. 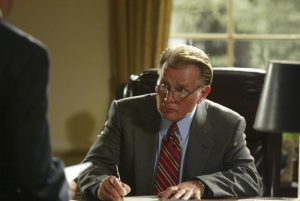 Show You Should Watch: BBC’s The Escape Artist was one of the most compelling, but unrecognised, thriller series of 2013. It stars David as barrister Will Burton, whose psychotic defendant (Toby Kebbell) murders his wife (Ashley Jensen). David is perfection as you are never quite sure whether the events that are unfolding are actually carefully engineered as part of Burton’s revenge plan.