Thank god for streaming services! They didn’t exist five years ago, but this week, they’re dominating the world of TV, as the broadcasting channels are distracted by sport. So if you don’t fancy watching either the Euro 2016 or Wimbledon finals tonight, let me give you some suggestions…

Mr. Robot‘s second season begins this week, streaming directly onto Amazon Prime. This dark thriller series follows a hacker, Elliot Alderson (Rami Malek), who suffers from social anxiety disorder and clinical depression. Alderon is recruited by an anarchist known only as ‘Mr. Robot’ (Christian Slater), to cancel all debts in the world. Grace Gummer, Stephanie Corneliussen and Michael Cristofer join the regular cast for Season 2, which will appear on Amazon Prime every week immediately after it is broadcast in the USA. So no waiting for UK fans! Mr. Robot’s first series is available on Prime now, while Episode One of Season 2 will appear on Thursday 14th July.

Meanwhile, on Amazon Prime’s rival service, Netflix, you can watch the entire first season of a Netflix Original, Stranger Things. This 1980s sci-fi thriller kicks off when a young boy spontaneously vanishes into thin air, leaving an entire town at a loss and in the chaos of many secrets. In the middle of it, the boy’s mother, Joyce (Winona Ryder), struggles to make sense of what is happening. It sounds like one of the most intriguing additions to Netflix in a while, so it’s certainly worth a watch – especially as you can binge-watch all eight hour-long episodes come this Friday, 15th July. 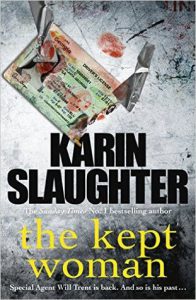 The cultural worlds of art and gaming come together this week, as Disney and Nintendo release Disney Art Academy. In this fun little game, you can discover your inner artist and discover how your favourite Disney characters, such as Elsa and Mickey Mouse, were drawn. With advice and lessons from Disney’s own team, you are sure to become their next pro, and you can even share your creations with your friends. Disney Art Academy is released for the Nintendo 3DS on Friday 15th July.

A new Karin Slaughter book is out this week. Notorious for her brutal thrillers, Slaughter’s novels are always a treat for fiction lovers; The Kept Woman, her latest publication, sees Special Agent Will Trent face the most devastating case of his career. In keeping with the theme of disappearance this week, a trail of bloody footprints from the scene suddenly disappear into thin air. The Kept Woman comes out this Thursday, 14th July.