Read more
You are at:Home»Culture»Review: Joseph and the Amazing Technicolour Dreamcoat at The Mayflower Theatre
By Bruno Russell on July 6, 2016 Culture, Theatre
80%
80
Excellent

Joseph and the Technicolour Dreamcoat delivered everything it promised: a high energy, enjoyable and colourful account of one of the most famous biblical stories of all time.

In the beautiful Georgian inspired Mayflower Theatre, the most recent production of Joseph and the Amazing Technicolour Dreamcoat delivered a vocally flawless performance, that brought to life one of the most classical musicals of our time. 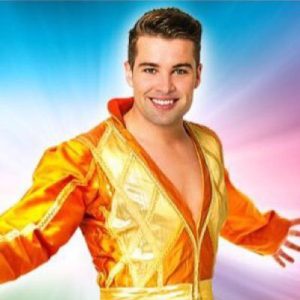 Without doubt the standout element of the show was the stunning vocals – delivered by its two stars, Joe McElderry and Lucy Kay. Kay, who rose to fame on 2014’s Britain’s Got Talent, finishing as runner up, delivered a classy vocal, applying her classical training to Rice’s lyrics. She brought the role of narrator to life and ensured that what could be a side role became central, with an enigmatic energy. Her version of ‘Poor, Poor Joseph’ showed off her vocal range and control with outstanding effect. The standout vocal, though, came from McElderry, who rose to fame as winner of the X Factor in 2009. At the start, his vocal was good but was not given the opportunity to really show of its capabilities. This, however, was achieved with his rendition of ‘Close Every Door’, near the end of the first act. His rendition was not only carefully controlled and poignant, but also portrayed a sense of vulnerability that allowed the audience to emotionally engage with Joseph. This was then topped off by a stunning end note that reminded everyone in the room exactly why he rose to national fame. A recording of McElderry’s live performance of this song can be seen in the video below.

Though Kay and McElderry deserve special praise, the whole cast provided great vocal recitals. Specific mentions should also go to Jacob, played by Henry Metcalfe, who provided an authentic and heart-felt vocal performance, even when having to put on an interesting French accent during his version of ‘Those Canaan Days’. Also, credit must go to the brothers as a whole, who had an excellent vocal harmony between them and bought classics such as ‘Joseph’s Dream’ and ‘Go, Go, Go Joseph’ to life. Finally, also to the Mayflower Choir aged from 7-18 who, while also being completely adorable, should be proud of their performance as they harmonised and held their own against West End stars. I am sure there are some future stars amongst that choir. The choreography, meanwhile, was somewhat mediocre at points, and while performed with high energy, seems to have been stripped back to hide a lack of dancing ability. The simplistic “step forward-back-left-right” is a common feature of many primary school dance routines. But the energy did help to overshadow this, and some sections did see a surprisingly sophisticated choreography; specifically a Latin section between Joseph and Mrs Potiphar, played by Tilly Ford.

Another stand-out positive, quite surprisingly, was the comic element that this tour introduced into the production. This ranged from comic signage to slightly suspect inflatable sheep appearing across the stage. While I’m not sure if they were funny for the right or wrong reasons, they undoubtedly brought great light-and-shade to the show, and made it a better production as a whole. A musical is, after all, meant to entertain as well as to tell the story, and the comic humour certainly achieved this. What I understood less was why the Pharaoh seemed to become an Elvis tribute act halfway through Act 2; but the audience seemed to really enjoy it. Indeed, that is a major selling point of the show as a whole: the audience loved it! I’ve never seen such a large proportion of the auditorium giving standing ovations at several points during the performance. The end sections saw at least half the theatre on their feet dancing, which filled the whole place with an incredible energy that was great to witness. It is clear that the director had a vision of how the audience would engage with the performance, and that was rolled out to full effect.

What was slightly disappointing were occasions where the performance felt like it was “time-filling”. Most distinctly was at the beginning of the show, with a ten minute instrumental section that had no relevance and unnecessarily dragged on. The same applies to the closing section, which reprised a megamix of songs from throughout the show. Cut these sections out, and a 100 minute show drops to 75 minutes. Another slight issue was that the speed and volume of the vocal meant that, at times, the words became inaudible, and the audience was left having to follow the storyline from the sections of the dialogue that were audible alone. Thankfully, this did not greatly affect the overall success of the performance, but these sort of technical difficulties should be carefully monitored. The staging could also have been a little more inventive and grand, though I also see the upshot idea of keeping it simple so everyone can keep track of the story (this isn’t pantomime after all).

Overall, however, Joseph and the Amazing Technicolour Dreamcoat delivered everything it promised: a high energy, enjoyable and colourful account of one of the most famous biblical stories of all time. While it was not perfect, I would certainly recommend going to see it – you will not leave disappointed! Just watch out for the inflatable sheep!

Joseph and the Amazing Technicolour Dreamcoat continues at The Mayflower Theatre until the 9th July.