Read more
You are at:Home»Culture»This Month on Netflix: July 2016
By Anneka Honeyball and James Barker on July 1, 2016 Culture

In our ongoing monthly feature, The Edge takes a look at ten of the best new releases coming to Netflix UK in July. Among this month’s releases are a number of cinematic gems, as well as some exclusive new series that are more than worthy of binge-watching this summer!

Donald Trump’s The Art of the Deal: The Movie – 1st July 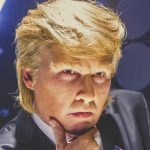 The faux biopic that everybody’s been talking about is finally coming to Netflix this month. Johnny Depp makes quite possibly his most impressive onscreen transformation so far, as the Republican Presidential candidate, Donald Trump. Funny or Die’s spoof movie purports to tell the story of the billionaire who has it all: money, power, respect, and an Eastern European bride. Taking its title from Trump’s 1987 book, the movie claims to have been made in the 1980’s and locked away in a vault until Ron Howard unearths it to the world… 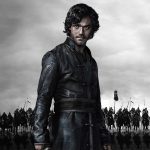 Marco Polo, Netflix’s acclaimed original drama, returns to the streaming service for its second season on 1st July. Lorenzo Richelmy reprises his starring role as the eponymous character, based on the real Mongolian hero. The empire of Kublai Khan (Benedict Wong) comes under attack from a monk who arrives at court in chains in the show’s opening episode. Marco Polo has been compared to Game of Thrones, with a similar blockbuster feel to it. 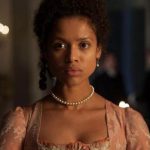 Image via The Express

Amma Asante’s acclaimed 2013 film, Belle, is finally joining Netflix’s ever-growing collection of period dramas. Telling a slightly different tale to the stories you are no doubt used to, Belle documents the true story of Dido Belle (Gugu Mbatha-Raw) – the illegitimate, mixed-race daughter of a British admiral, who played an important role in the campaign to abolish slavery in England. Featuring a star-making performance by Mbatha-Raw and a cast including Tom Wilkinson, Emily Watson, Tom Felton and Matthew Goode, Belle is an important and remarkably made film.

The Fault In Our Stars – 13th July 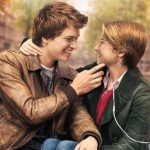 The movie adaptation of John Green’s immensely popular YA novel, The Fault In Our Stars, is coming to Netflix later this month. Starring Shailene Woodley and Ansel Elgort, the film follows two teenage cancer patients as they enter a romance tinged with poignant metaphors and inevitable tragedy. With a supporting cast featuring the likes of Laura Dern and Willem Defoe, The Fault In Our Stars is a film with discernible quirks, some powerful life lessons, and a finale that will have you reaching for the tissues. 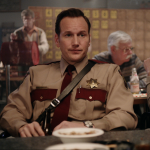 Continuing July’s theme of second seasons, Fargo‘s next outing arrives on Netflix this month. The first season starred Martin Freeman as life insurance salesman Lester Nygaard, who becomes a killer after an encounter with Billy Bob Thornton’s Lorne Malvo, a drifter with a dangerous and deceptive nature. Season 2 tells the story of the same snowy Minnesotan town thirty years earlier, as two more seemingly normal people turn into criminals after killing the son of a crime family in a hit and run. Kirsten Dunst and Patrick Wilson star. 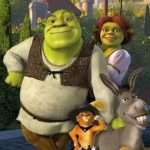 Quite possibly one of the best sequels in cinematic history, Shrek 2 is finally making it’s way to Netflix’s animation vaults. The film picks up where the first film, which celebrated it’s 15th (!) anniversary earlier this year, left off: Fresh from their perfect honeymoon, Shrek and Fiona are summoned to the kingdom of Far Far Away, where Fiona’s parents are eager to meet her ‘Prince Charming’. Featuring the vocal talents of Mike Myers, Cameron Diaz, Eddie Murphy, John Cleese, Julie Andrews, Antonio Banderas, Rupert Everett and Jennifer Saunders, Shrek 2 is a joyously funny and appropriately celebrated family watch.

Another Netflix Original, you ask? Yes, they are coming in thicker and faster than ever. Stranger Things follows the aftermath of a young boy inexplicably vanishing into thin air. His family, friends, and the local police all search for answers, and their investigations see them drawn into a world of supernatural forces, top secret experiments, and a very eerie little girl. Winona Ryder and David Harbour star, with Ryder portraying the anguished mother of the vanished boy, and Harbour appearing as the Chief of Police. This looks to be one of the most exciting new Netflix releases of the year… 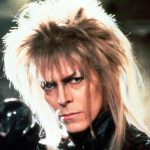 In celebration of the film’s 30th anniversary and in memory of the late, great David Bowie, Netflix are finally bringing the cult classic that is Labyrinth to their streaming service. The film follows contemptuous teenager Sarah (Jennifer Connelly) as she battles through a mystical labyrinth in an effort to rescue her baby brother from Jareth the Goblin King (Bowie). Directed by Jim Henson, the film’s special effects and remarkably realised puppets still hold up, while Bowie’s presence remains a delight to behold. ‘You remind me of the babe…’ 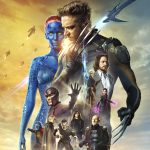 Netflix are adding to their roster of summer superhero blockbusters with the arrival of X-Men: Days of Future Past. One of the most ambitious superhero flicks of recent times, Days of Future Past is essentially one giant mutant-fest, in which Hugh Jackman’s Wolverine teams up with past and future iterations of his fellow X-Men in order to try and stop a catastrophic anti-mutant dystopia from happening.`Featuring an all star cast including Patrick Stewart, Ian McKellen, James McAvoy, Michael Fassbender and Jennifer Lawrence, Days of Future Past is a spectacular, if not mind-bending watch. 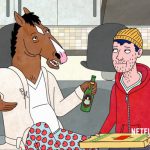 BoJack is back – the titular equine star of this quirky, yet insightful animated sitcom is making a welcome return to Netflix later this month. The series, which is set in a distinctive world where humans and anthropomorphic animals live side-by-side, follows washed up actor BoJack (Will Arnett) as he struggles to find happiness beyond the contents of a bottle. Featuring the vocal talents of Aaron Paul, Alison Brie, Amy Sedaris and Paul F. Tompkins, this is an animation that is as funny as it is poignant. You can catch up with the last two seasons on Netflix now.