Read more
You are at:Home»Culture»This Month on Netflix: June 2016
By Anneka Honeyball on June 1, 2016 Culture, Television

In our ongoing monthly feature, The Edge takes a look at ten of the best new releases coming to Netflix UK in June. Among this month’s releases are a number of cinematic classics, as well some Netflix exclusives that are sure to get your summer off to a great start! 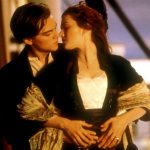 The second highest-grossing film of all time is coming to Netflix. James Cameron’s epic romantic drama depicts the tragic fictional relationship between two passengers who fall in love on board the Titanic, as it embarks on its doomed maiden voyage. The film made international stars of its leading actors, Leonardo DiCaprio and Kate Winslet, and also picked up 11 Academy awards – including Best Picture, and Best Original Song for Celine Dion’s iconic ballad, ‘My Heart Will Go On.’ Visually stunning and emotionally arresting, Titanic is a timeless classic that’s always worth a watch – provided you can cope with the Jack and Rose feels! 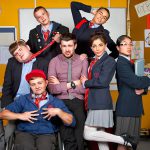 The first two series of Jack Whitehall’s acclaimed BBC three sitcom series, Bad Education, is making its way to the streaming service. Set in the fictional secondary school ‘Abbey Grove’, Whitehall stars as the “worst teacher ever to grace the British education system,” Alfie Wickers, as he attempts to haplessly control his raucous sixth-form class. The series, which went on to garner it’s own movie spin-off last year, also stars the likes of Mathew Horne, Sarah Solemani, Michelle Gomez and Harry Enfield. 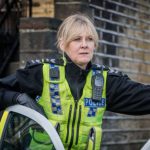 Image via The Hollywood Reporter/BBC

The first series of Sally Wainwright’s BAFTA winning drama series, Happy Valley, is yet another BBC hit heading to Netflix. Starring Sarah Lancashire, the crime drama follows Catherine Cawood – a strong-willed police sergeant who is still coming to terms with the tragic loss of her daughter. When the rapist who lead her daughter to suicide is released from prison, Cawood makes it her mission to find him, unaware that he is involved in another, larger crime. Also starring James Norton and Siobhan Finneran, Happy Valley is not a series to be missed. 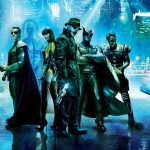 One of the most controversial and critically polarised superhero films of recent times, Zack Snyder’s 2009 neo-noir flick, Watchmen, is next on our list. Based on the limited DC comic series of the same name, the film follows masked vigilante Rorschach (Jackie Earle Haley). After the murder of one of his former colleagues, he uncovers a plot to kill and discredit all past and present superheroes. The film also stars Billy Crudup, Carla Gugino, Matthew Goode, Jeffrey Dean Morgan and Patrick Wilson. 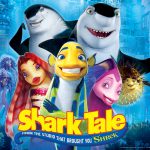 The latest Dreamworks animation to make its way to the streaming service is 2004’s Shark Tale. Featuring an all-star cast – including the likes of Will Smith, Jack Black, Renée Zellweger, Robert De Niro and Angelina Jolie – the colourful animation follows the story of Oscar, an underachieving ‘nobody’ who achieves fame and fortune after lying about his involvement in the death of a great white shark. However, the ‘sharkslayer’ soon finds himself in hot water when the other sharks plot revenge. Though not Dreamworks’ best, Shark Tale is certainly a fun family watch.

It Happened One Night – 15th June 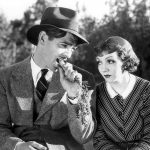 The latest Hollywood classic entering Netflix’s vintage vaults is Frank Capra’s 1934 romantic comedy, It Happened One Night. Starring Clark Gable and Claudette Colbert, the iconic screwball comedy follows a pampered socialite who, trying to get out from under her father’s thumb, ends up falling in love with a roguish reporter. The film, which features an infamous and highly influential ‘hitchhiking scene’, was the first movie ever to win all five of the major Academy Awards (Best Picture, Actor, Actress, Screenplay and Director). 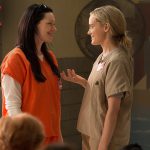 One of Netflix’s first and most popular original dramas, Orange is the New Black, is back for its fourth season this month. Of course, we’re back in Litchfield prison, where new inmates and new guards lay in wait to cause more riotous chaos. Starring Taylor Schilling, Laura Prepon, Laverne Cox, Kate Mulgrew, Uzo Aduba, Natasha Lyonne, Lea DeLaria and Taryn Manning, this Emmy award winning show should be ranked first on your list of shows to binge-watch this summer.

Guardians of the Galaxy – 20th June 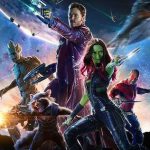 Marvel’s beloved intergalactic superhero fest, Guardians of the Galaxy, is finally making it’s way to the streaming service this month. Starring Chris Pratt, Zoe Saldana, Dave Bautista, Bradley Cooper and Vin Diesel, the James Gunn-directed film follows a group of rag-tag criminals who must come together to save the galaxy. Full of fun, action and incredibly catchy songs, Guardians is quite possibly one of the best and most enjoyable summer blockbusters of recent times – and is well worth a rewatch!

The Fundamentals of Caring – 24th June 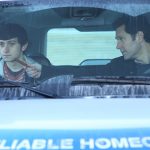 Rob Burnett’s independent Sundance drama, The Fundamentals of Caring, is making it’s world premiere on Netflix later this month. Based on the 2012 novel of the same name by Jonathan Evison, the film stars Paul Rudd as a retired writer, who becomes a caregiver after suffering a personal tragedy. His first client – a foul-mouthed 18-year-old with muscular dystrophy – ends up leading him on an impromptu road trip that teaches them both the importance of hope and friendship. The film also stars Craig Roberts, Selena Gomez and Jennifer Ehle.

The Diary of a Teenage Girl – 30th June 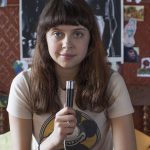 One of the final gems of this month is Marielle Heller’s quirky coming of age drama, The Diary of a Teenage Girl. Starring BAFTA Rising Star nominee, Bel Powley, the film follows Minnie Goetze, an aspiring cartoonist who begins keeping an audio diary as she embarks on her sexually-charged journey into adulthood. Based on the graphic novel by Phoebe Gloeckner, the film also stars Kristen Wiig, Alexander Skarsgard, and Christopher Meloni.