The new era of BBC's Top Gear had too many majors to pass its practical test on this occasion, meaning it will have to re-take at the same time next week.

With an almost unprecedented level of low expectations surrounding the return of BBC’s Top Gear, the atmosphere greeting the familiar sound of ‘Jessica’ at the start of the show was almost akin to forcing a new driver to attempt a hill start on their first lesson. Whilst in many areas, the long running motoring programme has chosen to completely revamp itself, led by new presenters in Radio 2′s Chris Evans and Friends‘ Matt LeBlanc, there were some aspects of this week’s instalment that had a familiar ring to them.

LeBlanc was the standout performer in the hour-long instalment, delivering witty observations on British culture that induced self-deprecating laughter at the sheer silliness of our nation’s customs. His comedic timing, although not quite in the same league as his forerunners Clarkson, Hammond and May, highlighted his long-known talents as an actor. Though delivered in a different sense to Friends‘ Joey, or the fictitious version of himself he portrays in Episodes, there was certainly something familiar, even nostalgic, about his reference to the mayor of Blackpool as ‘robes guy’. 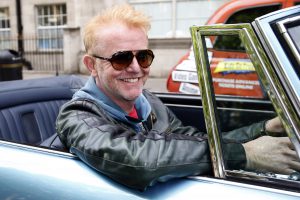 Chris Evans was the less watchable of the two new hosts. [Image from Radio Times]

Evans, on the other hand, was less dazzling. In small doses and certain scenarios, the popular radio host was almost entertaining, but failed to put across his motoring knowledge in the more serious segments of the programme, such as the Dodge Viper/Corvette Z60 review at the top of the show. For example, he referred to the suspension on the Viper as a “racecar suspension”, which, as this part-time motorsport journalist is happy to point out, barely scratches the surface of what tools the famous American car model actually possesses. In terms of educating the audience, this is about as useful as Evans presenting a wine programme, and simply referring to everything in the vineyard as “alcohol”, without providing any further detail.

Another new aspect of the revamp is audience participation, something that detracted significantly from the studio-based segments, and bordered on pantomime. At times, the reports that the live studio audience failed to react properly to Evans’ style can almost be seen written on the facial expressions of the bemused folk standing closest to shot. Those who signed up to the waiting list for tickets when the infamous trio led the presenting team are sure to have been annoyed by Evans’ constant movement, shouting of throwaway one-liners, and occasional sarcastic references to the previous hosts.

Moving onto the more positive elements of the new show, the feature pieces have a strong mixture of information, comedy, and diversity that make them somewhat entertaining. Though it was disappointing to be introduced to just one of the show’s new ‘drop-in’ hosts, Sabine Schmitt, the versatility of those also signed up to the programme suggests that this is one area that new Top Gear is set to improve on, and keep burning bright. 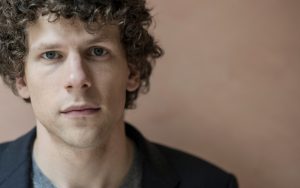 Although the new practice of getting studio guests to compete against one another was another bag of cringeworthy moments, a testament must be paid to the quality of those making an appearance on the sofa. Gordon Ramsay and Jesse Eisenberg’s appearances imparted their own array of comedy through their motoring experiences (or lack of, in Eisenberg’s case), and their competitive edge when it came to racing the brand new, rallycross car. The change away from the ‘reasonably priced car’ also adds an interesting aspect to the new format, forcing celebrities to try something new, rather than simply shoving them in an outdated four-door family car and sending them round a fairly uninspiring circuit.

Put simply, Top Gear has now become the television equivalent of marmite – you’re either going to love it for what it is, or hate it. Whether that’s because of it’s numerous faults and cringeworthy moments, or out of blind loyalty to its former hosts, a large chunk of audience will undoubtedly switch off from the programme after humouring Evans’ new take on the show for its opening hour.

However, there are a number of aspects that make the show not only bearable, but retain that air of Top Gear entertainment, whilst also throwing up a number of promising new segments and personalities that will definitely keep a fair portion of its initial viewers coming back for more.

The new era of Top Gear stands no chance of bettering it’s ‘golden years’, but there is certainly enough about it to justify its space on the BBC’s schedule, and this writer will definitely be tuning in at the same time this coming Sunday to see how it develops after a mixed start to it’s new life.

The new series of Top Gear continues next Sunday at 8pm on BBC Two.