This week sees the start of summer, which can be somewhat of a ‘drying up’ (please excuse the pun) in the world of entertainment and culture. Though it means we have time for some summer reading to look forward to, the thought of our favourite TV shows taking a break from our screens may make you shudder. Fear not – the first week of June still has plenty on offer. 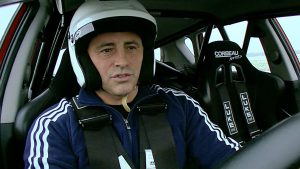 I’ll start with the big one: Top Gear is back for its twenty-third season this Sunday (29/5). Now this one may seem like a bit of a car crash before it’s even started, after the loss of all three of its hosts last year, a slightly lackluster lineup of replacements, and a subsequent series of controversies that could rival those of the Clarkson/Hammond/May years. With Chris Evans and Matt Le Blanc taking the reigns of the show as the most bizarre double act of the year, nobody really knows who the remainder of the team is. So, the only face we’ll recognise is that of the Stig – surely I don’t have to point out the irony in that. Anyway, the proof will be in the watching, at 8pm on BBC Two.

Also in television, E4 starts airing Season Five of New Girl next week. The season has already broadcast in its entirety in the US, and sees Zoey Deschanel return as Jess, the titular ‘New Girl’, for more fun with her all-male housemates. While Deschanel takes maternity leave, Megan Fox will replace her as a new ‘New Girl’ later in the season, so keep your eye out for that! In this week’s episode, Jess and Nick (Jake Johnson) go overboard in planning an elaborate engagement party for the newly engaged Cece (Hannah Simone) and Schmidt (Max Greenfield). New Girl airs on Thursday 2nd June at 9pm on E4. 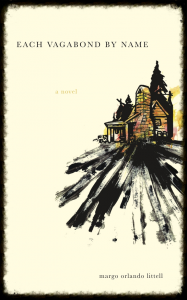 Each Vagabond by Name [Image via squarespace.com]

Branching away from TV, gaming sees the release of One Piece Burning Blood, a player v player fighting game, featuring 3 vs. 3 melee style fights. Created by Japanese game designers, this looks sure to be great fun for playing with your mates. It is released on Playstation 4, Xbox One, PS Vita and PC on June 3rd.

Literature lovers can enjoy a new piece of indie fiction this week in the form of Each Vagabond by Name, by Margo Orlando Littell. It follows the events that conspire when a group of travellers descend on Ramsy’s bar in a sleepy Pennsylvanian town, where customers ‘drink to forget’ their dark pasts. Hailed as ‘a powerful exploration of loss by a commanding new literary voice’, it is released on June 1st, and is a must for your summer reading lists.

Finally, the world of Southampton theatre continues to flourish in the upcoming week. The Nuffield Theatre is starting a month of shows with Noises Off, which is a touring production about a touring production – and the incredibly badly behaved people of the theatre world. It’s been described as a ‘farcical theatrical nightmare’, but must be good, as it won an Olivier Award in 1982. Noises Off comes to the Nuffield Theatre from June 1st to 25th; for more information, see our writer’s preview here.

It looks like June is going to be far from a slow month as far as culture is concerned! See a preview of Top Gear‘s return below.