Uncharted 4 is one of the most cinematic games ever created and a fitting end to a great series.

Naughty Dog has slowly evolved from a company that made enjoyable games, to the creators of the industry’s deepest and most cinematic narrative experiences. While they may have started with Crash Bandicoot and Jak and Daxter, The Last of Us and Uncharted have proved that they are among the best game developers in the world. Uncharted 4: A Thief’s End further blurs the line between cinema and games through its sweeping globe-spanning narrative, accompanied by superb acting from the two main stars: Nolan North and Troy Baker. It is one of the year’s best games and a fitting end to such an enjoyable series. 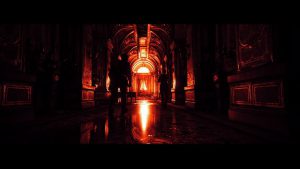 The five year gap between Uncharted 3 and Uncharted 4 has led to some huge leaps in terms of game mechanics and graphics, especially in terms of motion capture technology. This greatly enhances the experience and allows the actors to make use of more subtle motions, rather than overbearing gestures. It also makes the game look extremely lifelike. The overall graphical presentation is breathtaking: whether it be huge stormy seas, lush jungles, or simply a two century old note with legible writing. It’s the little touches that really set Naughty Dog apart. One notable example of this occurs during an early section in Nathan’s house, as you look out of one small window in the attic. Here, you can see beyond the garden fence, as people and cars go by. Only Rockstar games can claim to put as much work into these finer details. 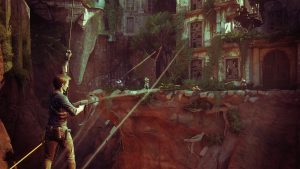 One thing I have always felt was lacking in the Uncharted series was competent shooting mechanics. In previous titles, it would take an unusual amount of bullets to take down just one enemy combatant and it resultantly felt very clunky. Uncharted 4 adopts a more realistic take on shooting, with only a few shots being able to take down most enemies. It has taken a cue from The Last of Us, but this doesn’t mean that Drake is no longer an action hero. He can still shoot his weapons while hanging off ledges and swinging on ropes and the new style of shooting vastly improves the gunplay over its predecessors. Uncharted 4 also introduces huge open areas for Drake and company to traverse. In some sections you are free to explore, find treasure and take down guard posts. These instances feel like sections from Metal Gear Solid V and greatly diversify the overall experience. As well as MGS, Uncharted has also taken some inspiration from Assassin’s Creed, in regards to the way that it approaches stealth. When an enemy thinks he spots you, a yellow marker will appear above his head and he will begin a search, but if you remain out of sight he will forget all about you. While not as complex as some stealth games, it does give an extra layer of depth to the Uncharted series.

Uncharted has always been known for its over-the-top action set pieces, and while the newest instalment does have them (a huge car chase being the highlight) it has been scaled down a lot. This speaks more to the nature of Uncharted 4 as an overall game. Its focus is really on the characters. A Thief’s End introduces Drake’s brother, Sam, for the first time. While the third game explored Nathan and Sully’s relationship, the newest instalment does the same with the Drake brothers. It is fascinating to see the pair’s shared history, and the banter between the two is excellent. North and Baker are at the top of their game, and bring to life two of the best characters in the last decade of the medium. The cast also contains fan favourite Victor Sullivan, who also has a prominent role, as well as Nathan’s wife Elena. The overall story of Drake struggling with married life and his adventurous past is compelling and the conclusion is immensely satisfying. 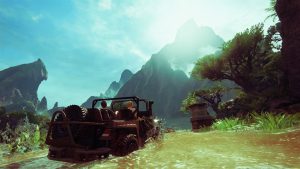 The actual historical mystery they uncover throughout the game is intriguing and goes into quite dark territory. The experience of making The Last of Us has added an extra dimension to Naughty Dog’s storytelling and lead writer Neil Druckmann must be commended on this account. Newcomers to the series will be lost in a lot of ways and definitely won’t appreciate the characters as much, but the game does an admirable job of setting up the narrative as a more contained chapter in Nathan’s life. My only gripe is with the villains, Rafe and Nadine, who are both charismatic and somewhat charming, but are ultimately underused. This means that the internal conflicts they both have are sidelined, making them feel like more generic antagonists.

As well as the traditional single player experience, there are a host of other extras in Uncharted 4, such as the photo mode and different filters to play the game in (included a cell-shaded art style). The main reason to constantly come back though is the multiplayer. This component contains various team based modes, but the real draw is playing this with Uncharted’s unique traversal mechanics. The main new feature is the ability to spawn in different objects to help you, which work a lot like kill-streaks. These objects range from allied soldiers and juggernauts. to more interesting things like the El Dorado coffin from the original Uncharted, which attacks all nearby enemies. The appeal of constant levelling up and unlocking new guns and characters, combined with the promise of consistent free DLC in the coming months, will provide plenty of reason for dedicated players to return.

Uncharted 4: A Thief’s End is a great example of how an already excellent series can mature and evolve with the industry. The game displays some of the best graphics and acting of this generation, all of which is accompanied by an enjoyable and engaging narrative. Nearly everything is excellent, including the score, and while it isn’t top of its class in terms of gunplay, it has made serious improvements. The multiplayer is fun and fans will no doubt be playing regularly for months. The sheer quality of this game gives further credence to the argument that the best video games should be viewed on par with the film industry’s finest contributions. It is a fitting end to the series and definitely a contender for game of the year.

Uncharted 4 is available now on PlayStation 4.