It’s APRIL – the month they should basically rename ‘Game of Thrones Month’. We are just a few days away from the premier of season six, and like many other fans, I am absolutely bursting to find out what comes next. For the first time, it’s completely new territory for all all viewers, as those who haven’t read the novels have now joined book lovers at the point where George R.R. Martin left them teetering on that big cliffhanger.

Now, Game of Thrones rarely disappoints, with the acting, the writing and the directing somehow stepping up again and again every season, but we have to ask a question. What are we looking forward to, and hoping for? Well, I’ll start off with the big one… 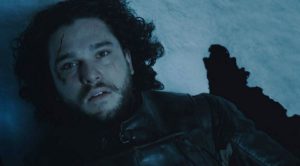 The closing moments of Season Five left us all in stunned silence, as the man who we thought would save us all, the heroic Jon Snow (Kit Harington), lay dead in the cold snow. Now, despite the show’s reputation for killing off its main characters (come on, didn’t you learn your lesson when Ned Stark lost his head nine episodes in?), fans are refusing to believe that Jon is really dead.

Both Harington and the show’s creators are adamant that Jon Snow is dead – but that doesn’t mean he’s gone. Jon will definitely appear in the premier as a corpse, but will he stay that way? The number one theory is that witch Melisandre (Carice Van Houten) could resurrect Jon, and with this year’s opener titled ‘The Red Woman’, it coulld imply that she will play a big role in that episode. Could Melisandre, the woman who burnt a child alive without a flinch, save Jon Snow? Or could he come back in some other way – possibly as a White Walker, joining the army of the dead in a cruel twist that I’m sure the evil GoT writers are capable of? Or – is he just dead? 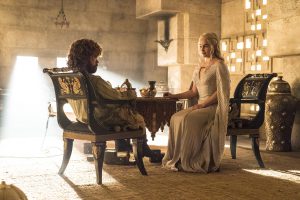 More like this please! Will Daenerys (Emilia Clarke) and Tyrion (Peter Dinklage) find each other again?

Game of Thrones has a huge range of characters, the large majority of whom have never even met. Season Five treated us to some unions, most notably between our favourite wry dwarf Tyrion (Peter Dinklage) and the liberating dragon queen Daenerys (Emilia Clarke), though they were soon ripped apart again two episodes later. Even though I can’t think of a better union than these two, and hope they end up back together soon, in the meantime it would be great to see other characters come together. It has been speculated from the trailers that Sansa (Sophie Turner) could cross paths with Ser Davos (Liam Cunningham), but how about uniting some of the King’s Landing crew with the northerners? Even though things look extremely bleak, the only chance they have of beating the ever-advancing White Walker force is a united army – that’s if they can stop fighting each other for one minute.

Answers about the Past 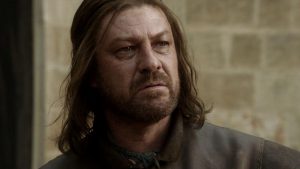 We want you back Ned!

Thrones has an extremely complicated backstory, of which we know mere bits and pieces, What little we do know has been provided by the older characters, who lived through the conflicts long before the start of the show. Of these characters, even those we trust have been implied to be telling some porkies about what really happened (Ned Stark, cough cough). I can’t escape the feeling that the key to surviving the future, and the coming long winter, is the past. Last season we were given a flashback to a young Cersei Lannister, and there’s even more opportunity for that now Bran Stark (Isaac Hempstead Wright) is back in the show and learning to see into the past. Fans have even speculated that we might see a flashback to the death of Ned Stark’s sister Lyanna – could Sean Bean return to the show? Only time will tell…

There are so many possibilities for new direction in the story, so many questions left to be answered. Will Daenerys finally come to Westeros? Will Arya (Maisie Williams) become a Faceless Man? Will Samwell (John Bradley) find the key to destroying the White Walkers? I could go on anticipating all day, but we must continue in suspense until next week when Game of Thrones returns. No matter what, I’m sure it’s going to be awesome!