It’s January and that means the BBC’s longest running drama, Silent Witness, is back! This dark forensic pathologist drama suits the long cold winter nights, and is good at sending a shiver down the spine. In this opening two-parter, Emilia Fox’s character, Dr Nikki, is targeted due to a critical mistake she made in a case ten years previously. 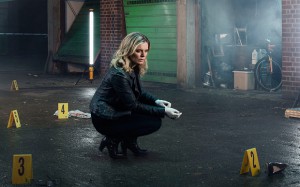 There are some genuine thrills as Nikki tries to make sense of two murders, which suddenly bear a striking resemblance to each other. Emilia Fox is as engaging as ever, with Nikki’s usually controlled professionalism breaking down, as she is one step ahead of everyone else in unraveling the case, and realises that she is the next in danger from a serial killer. At one point, in somewhat of a thriller cliché, she even has to stumble around the dark when a fuse blows out the lights in her flat.

Compared to Nikki, the two detectives investigating are as ridiculous as ever, portraying our police force as brutish, ill-mannered and in favour of an easy solve over the truth. The remainder of the core cast have very little importance to the overall plot, especially head doctor Thomas Chamberlain (Richard Lintern), who is surely the most boring and underdeveloped character in the show’s long history. Does he even have a personality? Meanwhile David Caves’ bad boy boxer turned good man is given very little to do in the lacklustre plot. 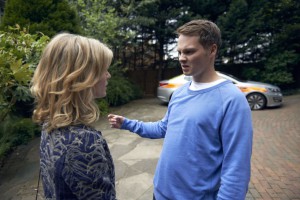 Ah, the plot. This is where the episode falls down. ‘After the Fall’ seems clumsy, and leaves you struggling to work out how all the different murders are actually related, and why some of them were even carried out in the first place. It’s thoroughly over-complicated, clearly so that the same overused cheap thrills can be delivered. However, after nineteen series, it’s amazing they can still think up stories for a group of forensic pathologists at all to be honest.

Not all of the guest stars are dire though; Dean Andrews is good as a brooding father whose morals are in question, while ex-EastEnder Sam Strike is impressive as his volatile son. I think we can expect big things from him in the coming years, as he is portraying the titular character in this year’s Leatherface, a prequel to the Texas Chainsaw Massacre.

Despite a weak plot, Emilia Fox manages to pull ‘After the Fall’ into something resembling a good two hours viewing. It’s good to have Silent Witness back on our screens, but let’s hope that the caliber of the episodes increases as the series goes on. And for god sake, can we please have some police competency?

Silent Witness airs on Mondays and Tuesdays at 9pm on BBC One.