Read more
You are at:Home»Culture»Thomas’ Tirades: In defence of linear gaming
By Thomas Davies on December 7, 2015 Culture, Video Games

Games have run into a problem. Granted games have run into quite a few problems recently, but there’s one in particular that I’m going to talk about in this week’s column, and it’s one that a lot of people don’t see as a problem… yet. In fact, if you ask a lot of people, they’ll express nothing but reverence for this new trend in games, which has recently gone a bit… off the rails.

I’m talking about the industry’s increasing dependence on sandbox titles. I don’t want to run the risk of being misconstrued, so I’m going to quickly open with this: I am not suggesting that sandbox titles are bad, far from it. In fact, some of my favourite titles are actually sandbox games, including Borderlands 2, Assassin’s Creed, Metal Gear Solid V, and many more! But let’s take a look at the games released this year.

Fallout 4, Assassin’s Creed Syndicate, Batman: Arkham Knight, even that poor excuse for a Mad Max game was a sandbox. Add to this last year’s Watch Dogs and the recent slew of lazily made open-world IP’s, and I’m beginning to see a horrible trend in companies releasing open-world games with the understanding that it will sell, not because it’s justified in its need for an open world, but because it’s an open world.

Fine, Fallout 4 is exempt from any criticism here. Conceptually, and in terms of its scale, I can believe that it’s a game 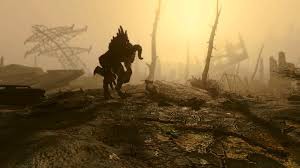 that requires an open world. It’s a story that you can only truly experience with complete freedom of movement. The same goes for Metal Gear Solid V, which uses its massively open interpretation of Afghanistan to allow the player to incorporate free-form stealth or action into their gameplay. But, did Mad Max need to be an open world game? Did Watch Dogs need to let you run around in a city in what was essentially ‘Grand Theft Auto with computers’? The same even goes for Assassin’s Creed Syndicate! Being part of a franchise that is established as using open-world mechanics isn’t justification enough, and perhaps Syndicate would have been a more interesting game if it was a linear journey across all of Victorian England.

Recently I was asked to justify my love for the Half-Life series, in particular Half-Life 2. I could talk at length about the things I love in the series, but before I could begin, the person I was talking to made a point that ‘the game doesn’t even have an open-world. It’s too linear, and there’s not enough freedom’.

This frustrated me and I’m worried that it’s the same attitude that game developers are now working with. Half-Life 2 doesn’t need an open-world to grant you freedom! Half-Life 2 is a linear game, where you are granted the ability to explore and investigate the world as you travel through it. It’s a game that offers freedom, and doesn’t ‘railroad’ you, in spite of it’s linearity. And yet, eleven years on, people are now beginning to miss a lot of the charm of this huge, immense adventure, instead finding the dystopian, sci-fi quest to be boring for not offering enough freedom.

Don’t get me wrong, I don’t think anybody has to like Half-Life 2, but if you’re going to dismiss it because of its linearity, then you’re missing out. The same goes for Bioshock Infinite, a game which borrows significantly from Half-Life’s school of thought. Freedom is still an option, even if the story keeps you moving in one direction. The game is practically begging the player to explore it, to find every detail they can, and when they do… well, it’s time to press on with the story. 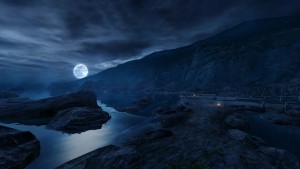 I find this is particularly bad in the fantasy genre. I do enjoy a good fantasy role-playing game, The Elder Scrolls series is a huge personal favourite of mine, but I have often wondered why there is so little choice in terms of linear fantasy games. I want to play a fantasy protagonist who’s called to travel across the land on an epic quest, traversing through various climates and environments, from high chilly mountain peaks, to grassy meadows, to crystal lakes. I’m kind of sick of playing characters who can zip from point A to point B to point F to point U to point C to point K to point T to point H to point I to point S. Enjoyable though those are, the entertainment is often in the journey, and nothing captures the spirit of a journey like a linear title.

Part of the fun of linear games is seeing your environments change around you. Whether you’re playing Half-Life and making your way through the sewers, mining towns, or coastal peaks of City 17, or Bioshock as you blast a path through the fishing district, the artists district, or the medical pavilion of Rapture. The same is true for smaller games such as Dear Esther, as you travel the mysterious cliffs and plunder the haunting caves of that mysterious island. These are all moments you could theoretically find in an open-world game, but there’s a kind of magic to it, as you find yourself moving into these new areas, finding out how your story connects from one location to the next.

Hell, I’m not the biggest fan of the game, but The Last of Us made a huge point of tying its linear storyline into the growth of its characters, and the same goes for Bioshock Infinite, and Resistance 3. These games are proof that ‘linear’ is not some dirty word, to be shied away from in game development. These are games that show that linear storytelling in games can still grant just as much freedom as a massively open world can. These are games that demonstrate that stories like this can still allow for players to explore and experiment, and importantly to tie their exploration and experimentation into the growth of whatever characters they happen to be playing.

So do not dismiss linear titles, and do not let developers turn sandbox games into generic fodder. Let them reserve the form for when it’s needed, for when an open world will be truly spectacular, not just for every other big release, or half-assed sequel.