Anyone who remotely agrees with the sentiment that games are art, owes it to themselves to play the incomparable Silent Hill 2 at least once. A perfect example of how the gaming medium can tell stories in its own way, without having to mimic film, television or literature, Silent Hill 2 takes players on a psychological journey that starts off as a chilling horror story and ends up as a genuinely moving tragedy.

Since then however, the Silent Hill franchise has had its ups and downs. Everything to come under the Silent Hill banner after Silent Hill 4: The Room has been worked on by a variety of different development teams, none of whom having even the faintest idea what made the original games so great in the first place.

Whilst there is a temptation to write everything post-Silent Hill 4 off as fan-fiction/extended universe bullshit, those games regrettably still count. Even if it is irrespective of the fact that their original creators had nothing to do with them. 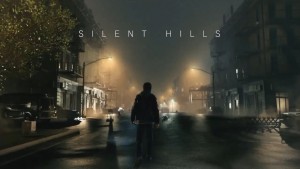 And so, game by game, fans started to lose faith in the series, as it lost all sense of its original identity and in essence sold out. Then something very special happened. A little thing called P.T. (or Playable Teaser). Originally thought to be a new IP developed by an unheard of company, the free to download teaser took the internet by storm, when it was revealed that it was actually a promotion for the upcoming Silent Hills.

Without meaning to drag this intro out for much longer, I’ll just neatly summarise what was so great about P.T. It was scary as shit. Unfortunately, the Guillermo Del Toro/ Hideo Kojima helmed project was not to be, as creative differences with publisher Konami (more on them later) ensured that the promising return to form would never see the light of day.

And so here we are, with the future of the series seemingly in limbo. Unless you count that fucking Pachinko machine. Still, as P.T. proved, there is hope for Silent Hill yet. If it can ditch some of its recent bad habits, this titan of survival horror can return to its former glory, and here’s how. 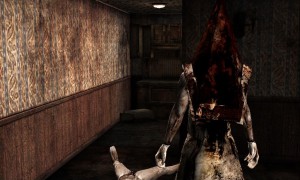 Like all horror gamers, I love Pyramid Head. He’s a phenomenal ‘villain’, and a legitimately terrifying presence. But the reason he works so well in Silent Hill 2, is intrinsically tied to the narrative of the game. A manifestation of James Sunderland’s guilt (for spoiler related things), he is a villain that works on a symbolic level and not just a physical one. The point is, he has no business being in any of the sequels. And yet, the horde of American developers that have been working on the series since 2008, are unable to grasp this concept, and instead insist on whoring the character out to every instalment. The worst thing about this is that it starts to have a retroactive effect on Silent Hill 2, as the character’s impact is cheapened each time he makes a half-hearted appearance in another game. It’s kind of like what happened to Darth Vader after the prequel Star Wars trilogy. The best Silent Hill games have avoided leaning on the ‘greatest hits’ like Pyramid Head or the demon nurses. As P.T. showed, the best way to recapture that initial terror isn’t to slavishly recreate it, but to try and do something as equally original and terrifying. 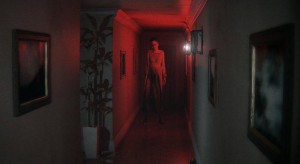 Playing the early Silent Hill games is a truly unique experience, even to this day. There are plenty of bold, daring choices, both narratively speaking and in terms of gameplay. More recent additions to the series have conversely opted to rip-off either the previous games, or their competition, namely Resident Evil 4. As P.T. proved (isn’t that becoming quite the catchphrase), for something to really get under the skin, it has to break new ground. If you want further proof of this, you only have to look at the numerous P.T. clones already surfacing on Steam, and notice how they don’t work.

3) Don’t make it about the combat 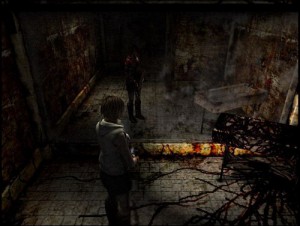 Making a Silent Hill game that focuses on the combat, is like making a new Call of Duty that focuses on the nuances of international relations. It’s sort of besides the point. That’s not to say that developers should actively go out of the way to make the combat shitty, because that would be moronic, obviously.

But at the same time, the highlights of previous games were always those moments in-between the monster encounters. The claustrophobic descent into the catacombs in Silent Hill 2, the trippy mirror scene in Silent Hill 3, those are the moments that stay with you and really mess with your head. Too many horror games are already homogenised into the action-shooter bracket now anyway. 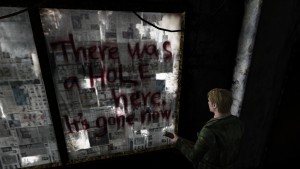 There are two types of Silent Hill storylines. Those about a fanatical cult trying to appease an ancient Lovecraftian god, and those about the town itself luring in people with dark pasts, forcing them to confront their own inner demons in a kind of personalised purgatory. The latter have always trumped the former in terms of quality. However, now that it’s been done to death, isn’t it time to find something new? There were initial rumours that Silent Hills may have dabbled in multiple realities, stretching next-gen technology to its very limits. There were also reports that the game was going to be a kind of meta-critique on horror gaming. Both of which sound far more interesting than another retelling of a tale we’ve heard a thousand times before. So if we are to get a new game sometime this decade, it would be wise to follow suit.

5) Take it out of Konami’s hands immediately! 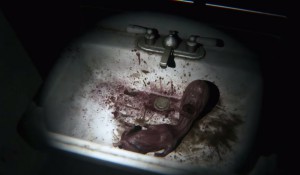 This one is a bit more tricky, but in essence, nearly all of the above problems would be solved in one swoop, if the intellectual property that is Silent Hill was wrestled away from its current publishers. Notorious for their greed, contempt for the consumer, and all-round awfulness, Konami seem to be making an active effort to run all of their beloved franchises into the ground. They’ve already alienated their golden goose Hideo Kojima, and with that practically killed the Metal Gear series in one swift blow, and they equally show a lack of respect for their other flagship products. Silent Hill in particular has been getting the brunt of their unfair treatment, having being shipped off to unqualified developers, given notoriously bad next-gen re-releases and generally not being properly committed to. They’re like an abusive spouse who have the most beautiful, sweet and lovely partner in the whole world and yet continually beat them.

It was Konami after all, that hammered the final nail in Silent Hills’ coffin and removed P.T. from the Playstation store for some inexplicable reason. It’s reasonable to suggest then, that the future of the series would look a lot brighter, if Konami gave up the rights to the Silent Hill. A property that they so clearly don’t even care about anymore.