With the original Playstation turning 20 this year, our writers take a trip down memory lane and talk about the games that defined the console for them. 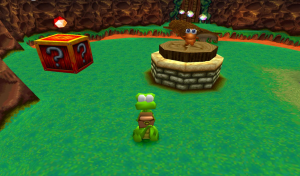 Croc is one of those games that I will always remember, thanks mostly to the young age that I played the game at (it is very bizarre to think that the PlayStation One is only three years younger than me!) and because of the adorable Crocodile character that the game focuses on. Released in 1997, Croc follows the story of a baby crocodile who is found in a basket and raised by Gobbos. The action begins when the Gobbos are attacked by Baron Dante, and it is up to the player, as Croc, to save them and defeat the nefarious Baron. With charming characters, and gameplay which wasn’t too difficult for me, as well as enough comic danger to be enjoyed, Croc is a game I look back on with intense fondness. 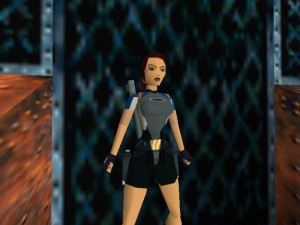 There is a reason why Lara Croft has been adapted into films and spawned a reboot in recent years – the original PlayStation One games were really that good. While Tomb Raider was the game that introduced us to the buxom archaeologist, Tomb Raider II was the point where the franchise really hit its stride. This time Lara was questing for the mythical Dagger of Xian, and the game is full of action, adventure, and sometimes fiendishly difficult puzzles to contend with. This was the game that introduced us to Lara’s iconic, free flowing ponytail, and set the tone for the franchise installments to come. What was fantastic about Tomb Raider II was the variety in the gameplay – while you still had to battle enemies, if you couldn’t figure out the puzzles, some of which required a reasonable amount of creativity and brainpower, you were stuffed. 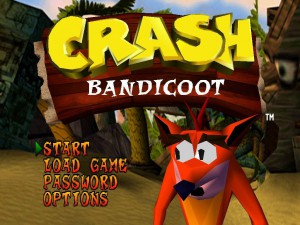 The eponymous red bandicoot is one of the first things that springs to
my mind when I think about PlayStation One games. Originally exclusive to the console, Crash Bandicoot is another game, like Croc , that reminds me fondly of my first forays into the world of gaming. Crash Bandicoot has a simple enough premise – Crash has to rescue his girlfriend Tawna from the evil grasp of Doctor Neo Cortex, and in the process save to world. Players have to crash, bash, and tornado kick their way through the levels, collecting Wumpa fruit and Witch Doctor masks from brown crates scattered throughout the levels. Crash Bandicoot  is simply a fun, largely child friendly game, which has spawned a whole collection of sequels and spin offs, including the hilariously fun Crash Team Racing.

Spyro Year of the Dragon 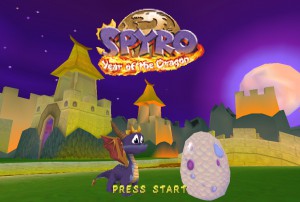 Released in October 2000, the third installment of the Spyro series is a milestone in the playstation world. Bursting with sarcastic humour, colourful characters and intricately designed levels, Year of the Dragon provides an ageless type of game play that can be revisited time and time again. With 37 different worlds to discover in 4 different homelands, a host of playable side characters, and the addition of Spyro suddenly becoming a skateboard whizz (remember that sense of achievement when you pull your first Gnasty Gnorc move?) –
there really is something for everyone. Puzzles, tests of skill and headbashing rhynocs into oblivion all accompany a stellar voice cast to create one of the most well-rounded games that has ever been released – a statement agreed with by both metacritic and IGN; who both assigned humbling scores of 91/100 and 9.1/10. Even if the graphics are a little boxy now, the content is still just as brilliant as ever.

Released by Insomniac games, the creators of Ratchet and Clank and current dabblers in Oculus Rift gaming; the little purple dragon remains one of the defining feathers of their cap – he will always hold a special, nostalgic place in the PlayStation universe. And of course, our hearts! 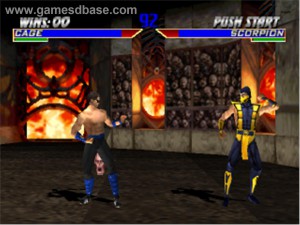 Released to arcades in 1997, Mortal Kombat 4 is the first title from the series and one of the first made by Midway overall to use 3D computer graphics. Eurocom later ported it to the PlayStation, Nintendo 64, PC, and Game Boy Color during 1998. The game therefore marked a significant change within Midway gaming and would become one of the favourites within the franchise. Of course the best part of the game is the basic fight style gameplay, with alternating characters and their backstories. 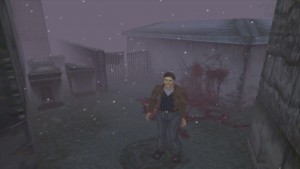 We didn’t all spend our childhoods playing bright, colourful platforming games with cute,  anthropomorphised characters and family-friendly gameplay. No. Some of us took to an early (and some might say unhealthy) obsession with the macabre and the darker side of gaming. I for one was not negatively affected by any of this in the slightest, and if you say differently I’ll cut you! Anyway, whilst the first Silent Hill game has its issues, and doesn’t reach the same heights as its 2001 sequel, the foundations were set here, with a horror game that dared to try something a little different from the competition, mimicking the classier side of horror, rather than B-movie schlock. 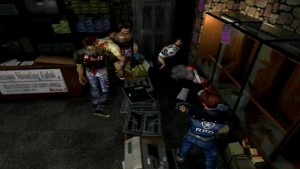 Speaking of which, there’s still nothing wrong with a cheesy B-movie, especially when it’s done right, and Resident Evil 2 is a textbook example of how survival horror gaming can be fun, as opposed to oppressive and bleak like in Silent Hill. Resident Evil 2 takes everything that worked in its predecessor- the grotesque enemies, the limited ammo, the highly directed style- and tweaks everything that didn’t. The result is a game that’s much more intuitive, well paced and enjoyable, and all without sacrificing the scares. On a more personal level, it’s the game that made me fall in love with the medium all those years ago. Some of my earliest memories are of walking through Raccoon City police station, evading the terrifying lickers and waiting for the next big jump scare. It’s kind of like my Toy Story…. which I guess speaks volumes. 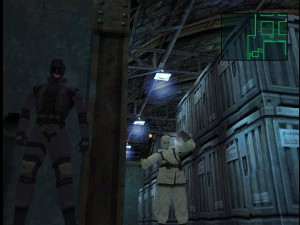 Metal Gear Solid
Not everything that I played when I was a kid was grossly unsuitable for me. Most of it was, but not all of it. Tied with
Resident Evil 2 for the title of “game that robbed me of most of my formative years” was the first Metal Gear Solid.  I didn’t really understand what the hell was going on in terms of narrative, and to be honest I still don’t, but for pure gameplay’s sake, few games could rival it back then, and indeed now. The real highlights were those amazing boss battles, most notably the encounter with floating poltergeist, gas-mask… thing, Psycho Mantis. Said battle involved the enemy reading your memory card and taunting you about what games you had been playing recently. Suffice it to say, that moment blew my little child mind.