Well written, with a strong cast and a plot that is almost impossible to predict, Witnesses is definitely worth a watch.

Dark crime dramas seem to be all the rage these days, with Scandinavian thrillers such as Wallander and The Killing doing well in the ratings abroad and on British TV and ITV’s equivalent Broadchurch also proving popular.

Witnesses, which was first shown in the UK on Channel 4, is the latest French take on this genre. Set in the constantly overcast town of Le Tréport, in the northern French region of Nord Pas de Calais, things get rather spooky, as someone is digging up dead bodies and positioning them in show-homes to resemble a family scene.

Marie Dompnier excels as young female detective Sandra Winckler, who, as well as leading the case with authentic determination, shows a more human side when dealing with a variety of personal problems, including issues with her marriage and caring for her child. 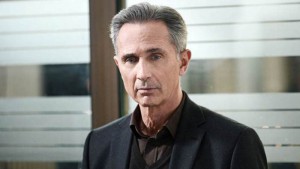 Better known for more comic roles, veteran French actor Thierry Lhermitte co-stars as the mysterious former detective Paul Maisonneuve, who ends up becoming deeply involved in the case after some of his personal items are found at each of the houses where bodies are discovered. Tensions between Maisonneuve and Winckler (particularly in the earlier episodes) add depth to both characters, who are in turn aided by a strong supporting cast, including Jan Hammanecker as Winckler’s partner Justin.

Fast-paced at times, but easing back to allow the viewer to absorb new developments, the plot is intricate, yet keeps the viewer engaged with a variety of additional storylines.

The town of Le Tréport is also used to good cinematic effect, with scenes showing the town’s funicular railway (which you may not want to get on after watching the second episode…) as well as the nearby cliffs – although the helicopter shots of the town used to transition between scenes do get slightly repetitive after the first few minutes.

Witnesses is out on DVD and Blu-Ray on 5 October distributed via Arrow Films.