Read more
You are at:Home»Culture»Review: Revolution by Russell Brand
By Sam Willstead on January 25, 2015 Culture, Literature
60%
60
Not Revolutionary

Worth a read, but long-winded, self-absorbed and pretentious. Take with a pinch of salt.

Since the infamous Newsnight interview, Russell Brand has been a character who has simultaneously inspired and infuriated me, and someone who I have been oddly fascinated with ever since. On the one hand, he articulated fluently and passionately many of the problems with politics. On the other – rather than come up with any solutions to the problems – he encouraged young people such as ourselves not to vote. I read his book ‘Revolution’ to see if there was any way at all he could justify his claim. 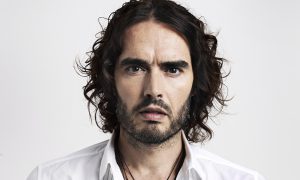 Much of the book is about himself and his own experiences. The first few chapters don’t delve deeply into politics. Instead, they focus on his angsty teenage years and drug addiction. A lot of pages focus on his experiences of spirituality and meditation which, while interesting to read about, are somewhat off topic from the political manifesto implied by the title.

Unfortunately, this book contains vast heaps of bullshit. He has quoted lines from songs by Bob Dylan and Pink Floyd to appear cultured, taking the meaning out of context to support arguments which are sometimes irrational. The most irritating pieces of bullshit are the random non-sensical references to quantam physics and other things he pretends to understand. A prime example: “Then lock the eyes on, but let them gently defocus so that the defined parameters of the visual physical goes blurry and you can feel the energy behind it, the unseeable energy that isn’t made of photons.” What?

Russell’s writing style has its good and bad points. His use of so many words in sentences is often cluttered, un-necessary and rather pretentious (see above). I challenge anyone to read the entire book without looking at a dictionary. In the heat of certain arguments however, his informal, verbose style is incredibly engaging.

The book has further brought to light some of the worst things about how the world currently works. For example, Oxfam says all the people who own half the wealth on Earth could fit on a bus. To be fair, as university students living in one of the world’s richest countries, most of us are also very privileged – but there is no denying that this statistic is shocking. He also reveals that 70% of the British media is controlled by just three companies. Most people have heard statistics like these before, but rarely have there been so many in one place, and rarely have they been so persuasive.

So what’s the alternative? He describes a system which, if it worked, would be fairer than the one we have now. One of the more sensible things suggested is a democracy like the one they have in some Brazilian communities. Here, discussions are held once a year on key issues, and after agreement, new policies are made. People who attend these meetings come from a variety of backgrounds, so they are truly representative. As a result, inequality has decreased, environmentally friendly laws have been passed, public spending on education and health among other things has increased. Basically, if everyone is listened to and listens, a middle ground that benefits all may be possible to achieve.

Despite his claims, some of these changes could, if enough people fought for them, take place within the parameters of the system we have now, as it evolves into a new one. Campaigning for fairer democracy, environmental responsibility, boycotting corporations and anything else you believe in can still be done by a person who votes.

If it were about half the length, this could have been a very good book. It’s still worth a read for someone who’s interested in, but also dis-satisfied with politics. In between the bullshit, there is real and genuine passion and several inspiring points about the way in which the world is run, and how we – the younger generation – might have the power to change it.

Revolution is published by Century and available to buy now.