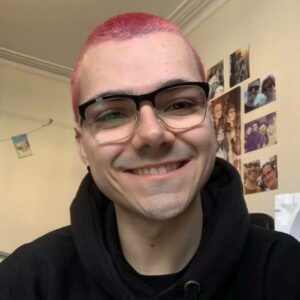 Sam is a third-year English student who has a history of dropping out of college and so is pretty surprised to find himself in his final year at University. An avid reader, gamer, writer (he’s been meaning to redraft his novel for years now…), and all things in-between, you can usually find him making you drinks at The Hobbit. Wherever you see him though, you can guarantee he’ll be existentially questioning what all this work and studying is really leading to…

Their pronouns are he/they. 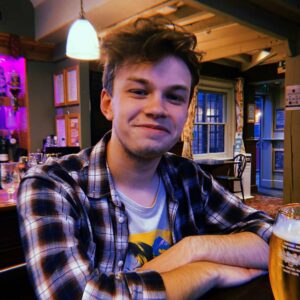 Harry is a third-year history and film student with a love for music and a worrying relationship with deadlines. He can usually be found plugging his Spotify or eating tuna (much to the discomfort of his housemates). 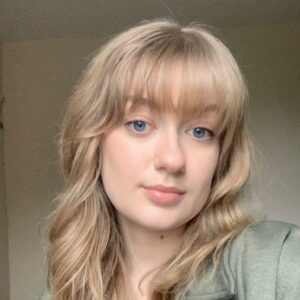 Connie is a third-year English student who cares more about cats than people (but demands that she isn’t a crazy cat lady). She can often be found writing essays at the very last minute or ignoring the large pile of reading that she is supposed to be doing. Just don’t tell her about your music taste, because she’ll probably judge it harshly. 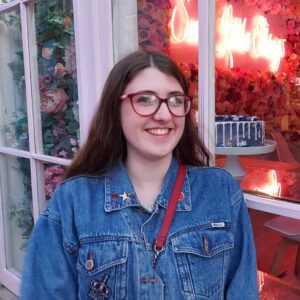 Daisy is a third-year History student. When she isn’t writing, she’s usually acting in or producing a musical, reading a horror book (probably Stephen King), eating cake or enjoying a no-alcohol piña colada. She loves everything to do with theatre, books and art and has been known to pop to town for something small and return with about ten books. She will also chat to you for ages about sharks or ABBA. 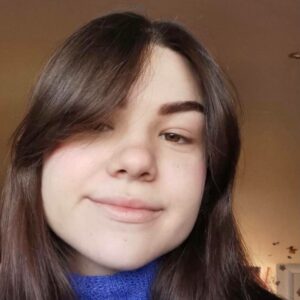 Lucy is a second-year English student who is usually on her laptop watching film essays on YouTube. She can also be found watching childhood comfort films on repeat and complaining that there’s nothing to watch while ignoring her own watchlist. Spending most of her time wrapped in her blanket with a cat on her lap, she is pretty much always ready to either post opinions on the internet or accepts her progression into old cat lady status. 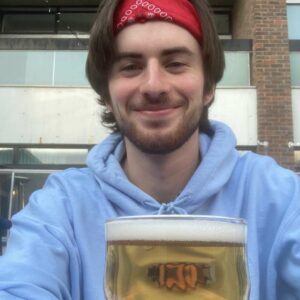 Jacob is a third-year Film and History student who constantly tells relatives ‘no, it’s not the history of film.’ Balancing a healthy music taste of Lana Del Ray and Johnny Cash with the filmic interests of a grandad, the boy is never too far from just sitting in a poncho with a cap gun watching a Western. ‘They don’t make em like they used to!’ When not before a screen, Jacob is most commonly found in the pub, swirling a Stella glass like its red wine before moving onto the rum and cokes with a mighty share pack of Mini Cheddars. 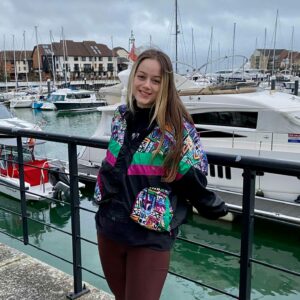 Martha is a third-year Philosophy and English student who definitely does not read as many books as you’d think she should. She has a (not so) secret love for tap dance, and an EXTREMELY diverse music taste- it is a challenge to find a genre she won’t listen to! Martha can often be found ignoring her work in Avenue Cafe or reading any philosophy that is not relevant to her course. She’s forever wishing that she could write creatively and make music or dance but refuses to perceive any of my own creative work (too cringe) so sadly that will never happen. In general, she’s just happy to be here. 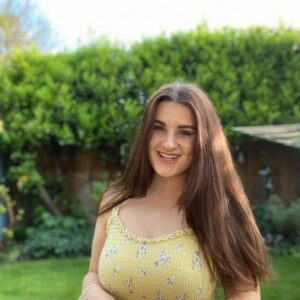 Amy is a third-year English and History student who is obsessed with true crime podcasts and psychological thrillers. Her favourite kind of music is anything that reminds her of summers gone by or the Hereditary soundtrack, which she weirdly likes to study to. Her ultimate hobby is watching comedy box sets, so hit her up when you need a laugh @amyscottmunden.

Grace is a second year Film and English student who enjoys watching Classic Hollywood films and listening to all kinds of music from Blondie to Britney. She’ll never say no to a cup of tea and can usually be found eating a bowl of coco pops. 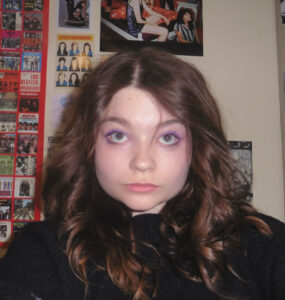 Amrit is a second year English Language student, who must re iterate she’s 22 ‘in second year’ to not be overlooked as a 19-year-old. She’s been to Australia, has many book ideas that haven’t been written, along with her assignments that stay on her last tab in her overactive mind. She finds passion in singing and writing but will end up watching Good Morning Britain for hours when procrastinating and end up writing very opiniated articles about current affairs. With her creative mind, and many unfinished ideas, she embarks her way to a hopeful journalism career in the future when she’s not being seen taking pictures with her Canon of live music events or self-portraits. With her inspiration and kind heart, she loves helping others and sharing ideas and perspectives; this comes with caution to slow replies due to her ‘live performance room gigs’ singing her own pop-punk songs pretending there’s a huge audience screaming her name. 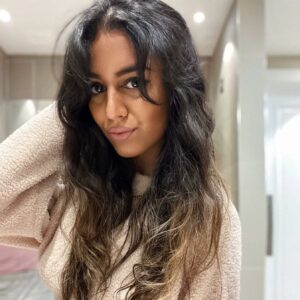 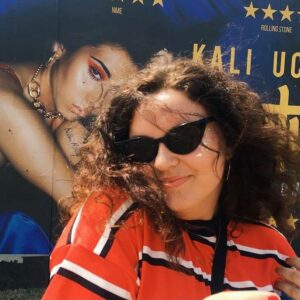 Meg is a third-year Politics and Philosophy student who can be found avoiding her reading by chain-drinking oat lattes in the Avenue Café and adding to her endless ‘listen to the bass’ playlist as a way of compensating for her subpar bass guitar skills. She will do everything in her power to convince you that reading Nietzsche should be avoided at all costs, and consistently hides her recent Spotify activity so people won’t find out she never actually left her emo phase. 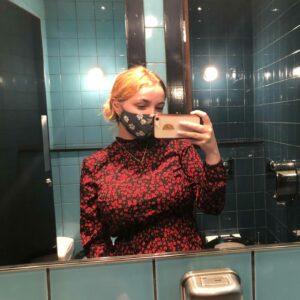 Emily does Philosophy and English so she loves writing unnecessarily long passages. Now she’s super excited to email theatres and complains to get free stuff. 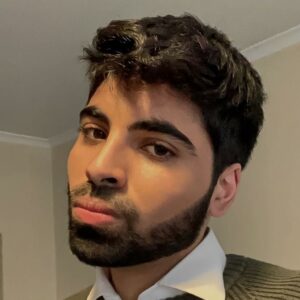 Rahul is a second-year graphic design student and ambitious Capricorn (according to his favourite mug). When he’s not designing all day, he can be found listening to Beyoncé’s Lemonade. If he had a superpower, it would be correctly guessing someone’s zodiac sign upon first meeting them. 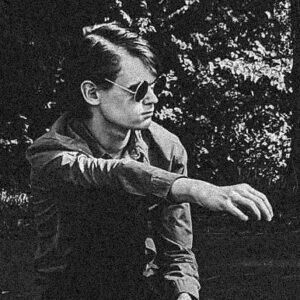 Callum is a third-year film student, dabbling in almost all forms of art and media with a critical yet passionate eye. With further interests in creative writing, acting and particular emphasis on exploring film remastering, he is nonetheless a massive procrastinator with an affinity for trying to perfect everything he writes. He is also desperately seeking to get fit, but the chances are sadly slim, and has a tendency for over-philosophising on almost anything, to his own detriment (and bemusement). 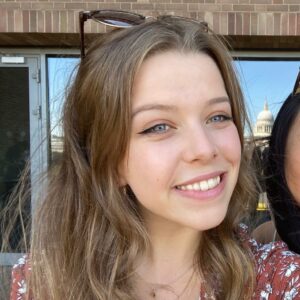 Kiera is a third year psychology student who attends a worrying amount of gigs and festivals. Her music taste is pretty much all over the place, with the extremes ranging from musical theatre to old school emo, meaning she spends most of her time trying to form playlists that make sense (and failing).

Oliver is a first year Music student who was very disappointed on move-in day to find that Jazz FM isn’t available on DAB in Southampton. He is your go-to nerd for all things music production and technology. His evenings are currently filled with various 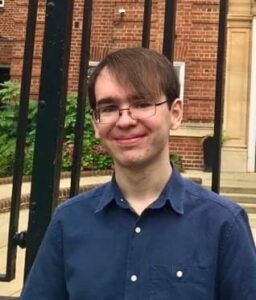 rehearsals, though when he gets some down time he loves to read a book on anything historical or related to music, the thicker and heavier the better!